Top 10 Stories of 2019: Broadband, Society, and the Digital Divide

What were the most important stories from 2019 related to broadband, society, and the digital divide?

In 2019, the Benton Foundation became the Benton Institute for Broadband & Society in a move that reflects the reality that broadband has quickly emerged as the most transformative technology of our lifetimes. High-Performance Broadband delivers opportunities and strengthens communities. In the Digital Age, open, affordable, robust broadband is the key to all of us reaching for — and achieving — the American Dream.

But since the mid-1990s, the U.S. has struggled with a persistent dilemma called the digital divide — the unfortunate reality that for too many people, meaningful connectivity is out of reach. As we head toward a new decade, America encounters three interlocking digital divide challenges: 1) Closing the Geographic Divide; 2) Harnessing Competition, and; 3) Boosting Affordability & Adoption. Policymakers must understand the complexity of these challenges; confronting these divides requires bold leadership and informed solutions.

Every day, we at the Benton Institute for Broadband & Society send out our Headlines newsletter—the only free, reliable, and non-partisan daily digest of media and communications news. [Subscribe] But which stories humanized the issue, provided new perspectives on important debates, reached new audiences, and made the important connection between broadband policy and wider societal challenges? Our Top Ten:

For so many of us, having a reliable broadband connection is a given—we use the internet to pay bills, do our taxes, book travel, do homework, and much more. We can do it on our own time, in our own homes—even from our phones. But for far too many individuals and families—including those from communities of color, people with disabilities, low-income households, and rural communities—getting online isn’t so easy to do, and I strongly believe that in 2019, we shouldn’t be a country of haves and have-nots when it comes to using the internet. ...Congress can and should help states, counties, tribes, and others do more to close the growing digital divide, and the Digital Equity Act is a major step in the right direction. It’s the right thing to do for families, and it’s the right thing to do for our economy to make sure everyone is reaching their full potential.

The database has great value for many broadband policy stakeholders: state and local leaders can learn from each other to refine broadband policy and legislation, service providers can better understand the broadband policy environment in the states, researchers can now easily conduct analysis of the differences in broadband laws around the country, and the general public can see how states encourage—or hinder—the rollout of broadband.

“State policy matters because lack of access to broadband is a national issue, but it is felt at the local level,” said Kathryn de Wit, a manager with the Broadband Research Initiative at the Pew Charitable Trusts.

“For us, this was about understanding that 50-state landscape of broadband deployment laws. And it provides the basis for our next level of research, which is a deeper examination of how states are addressing those gaps in access," de Wit added. "What we hope, though, is that users will be able to use this tool to learn what other states are doing and how they’re doing it.”

A Related Honorable Mention: In January 2019, April Simpson wrote for Pew about how state laws were slowing down high-speed internet for rural America. Simpson described how states like Mississippi, Tennessee, and North Carolina have passed laws that created barriers for electric cooperatives to be allowed to expand broadband access. 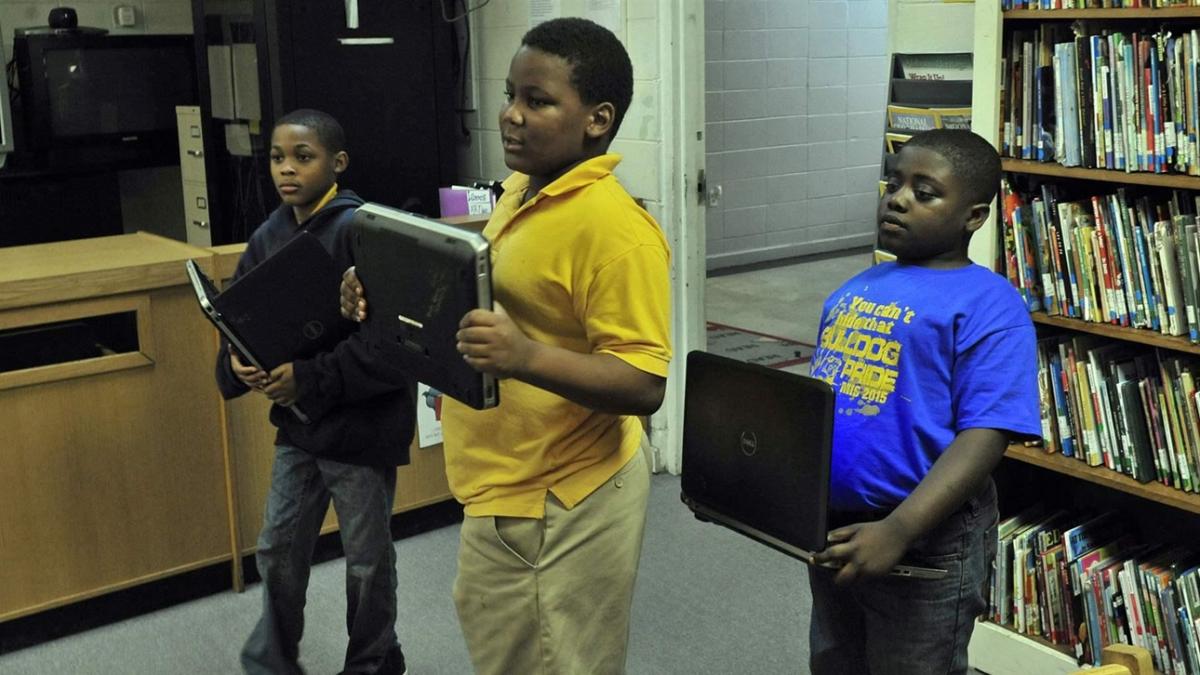 Comcast’s Internet Essentials program was introduced eight years ago to help children in low-income families get access to the internet at home. In August 2019, Comcast expanded  Internet Essentials to include all qualified low-income households in its service area. Persons with disabilities, seniors on Medicaid, and all low-income adults can now receive in-home Wi-Fi at roughly 15 megabits per second (Mbps) for a little over $10 per month.

But Internet Essentials is just one of many discount internet offerings across the country. In 2018, the National Digital Inclusion Alliance published The Discount Internet Guidebook which includes the history of affordable home broadband, the types of services available to low-income households, strategies on successful outreach, and recommendations to policymakers and internet service providers on how to lower the barrier for home broadband subscriptions. The expansion of some of these programs was welcome news in 2019.

Historically, the census has been completed using paper forms. But in 2020, the census will be conducted primarily online—for the first time. In July, FCC Commissioner Jessica Rosenworcel wrote an op-ed in Slate describing how the new online push, given our nation’s digital divide, may lead to undercounting certain populations.

In December, Next Century Cities published its 2020 Census Kiosk Toolkit, a critical tool for municipalities to “receive resources, inform local policy, and ensure that all are represented.” The toolkit helps communities take a well-equipped approach to the challenges of the digital divide, so that the 2020 census does not result in a severe undercount.

A new chapter in the net neutrality debate was written in 2019. In October, a federal appeals court upheld the FCC’s 2017 repeal of net neutrality protections, but also raised questions over preemption of state net neutrality laws, public safety, pole attachment, and the FCC’s Lifeline program. Net neutrality is a topic in broadband policy that deservedly gets a lot of attention. How this ongoing issue affects the digital divide should be a major point of discussion.

The purpose of the Tribal Technology Assessment was to create the first academic and replicable quantitative study of broadband access, device use, and uses of the internet by Tribal peoples on Tribal lands. Federal data continues to show tribal lands are the least connected areas of the country.

The survey found that residents on tribal lands are predominantly using smartphones to access the internet, while many are also accessing it through public Wi-Fi or at a friend/relative’s house. However, the authors clarify that the data should not be interpreted or used to defend “mobile only” as the singular solution to providing internet service. In the study, 50% of respondents stated that their internet use was limited because they did not have enough data in their cell phone plan. Mobile is preferred purely because there is no other choice—Indian Country has adapted to the only available option.

The report also issues a number of policy recommendations for Congress and federal agencies.

4. The People Left Behind in a Broadband World (Wall Street Journal, November 2019)

Liz Moughon’s photo essay published by the Wall Street Journal contained compelling images of the digital divide—images that powerfully humanized the challenge and the far-reaching costs. In Southeastern Ohio, she profiled a library, students, a creamery, and a sustainable living community which all lacked adequate broadband.

“This isn’t just about not being able to play the latest video games online or stream movies on a phone. For people without broadband connections, it’s much harder to do things like conduct research for schoolwork, grow their own businesses or even find work online. On the path to a better life, it’s at least a detour, if not a roadblock,” she wrote.

3. “The cruel irony of the digital divide” in Colorado: Urban poor are left behind even as access, technology improves (Colorado Sun, September 2019)

Tamara Chuang wrote about the “cruel irony” of the urban side of the digital divide in Colorado. Urban poor are often being left further behind even as rural access and internet technologies improve.

“The cruel irony of the digital divide is that the more the internet advances, the more you can do on the internet, the further behind it leaves people without internet access who happen to be the very people who would most benefit from its equalizing potential,” said Comcast senior executive vice president David L. Cohen, who oversees the Internet Essentials program.

“Almost all (public) subsidies are going to households with zero access as opposed to households with zero money,” said Christohper Mitchell, director of the Community Broadband Networks Initiative at the Institute for Local Self-Reliance. “The political dynamic is that there are no opponents to working on rural broadband. ...If you start to look into investing in broadband for lower-income users, you make the cable companies nervous because it increases competition.”

The Wall Street Journal looked at how the influence of large broadband service providers and institutional failure at the FCC have contributed to the sorry state of broadband speed testing.

AT&T, Cox, Comcast, and other broadband companies successfully pushed the FCC to omit unflattering data on speed tests, among other tactics, to improve their scores. "Companies wield tremendous influence over the study and often employ tactics to boost their scores...As a result, the FCC's report likely gives consumers an unreliable measure of internet providers’ performances by overstating speeds."

Cable and phone companies often tout these scores while trying to sell packages promising ever-faster speeds at higher prices, and they are increasingly leaning on their broadband businesses to drive growth.

We put together a twitter thread of some of the most important quotes.

In September, tech policy experts Blair Levin and Larry Downes penned an op-ed in the Washington Post that hit on a big debate: whether non-adopters do not have broadband due to “relevancy,” or due to “cost.” In their op-ed, Levin and Downes cite select survey data to argue that the digital divide is a relevancy problem. And this is largely due to lack of education—that low-income people are simply too uneducated to understand the importance of home broadband access.

Academic researchers Colin Rhinesmith and Bibi Reisdorf disagreed. They argued Levin and Downes erred in their researching method. Relying solely on survey data to examine reasons for broadband non-adoption—and not the actual everyday experiences of low-income people—misses the point. They wrote, “In our research, we found that when following up with additional questions why low-income people do not pay for internet access at home, they often cite cost and having to pick and choose between which bills to pay as the number one barrier to broadband adoption.”

All of this means that too few policymakers understand that too many low-income people are deciding between broadband bills and food bills. And, because of this, Rhinesmith and Reisdorf believe that “policymakers and other digital equity stakeholders should focus on providing funding for the organizations that work with those most affected by the digital divide.”

So that’s the list: the most profound, articulate, or humanizing stories from 2019 on broadband policy and the digital divide.

What did we learn? Fortunately, we have a whole other article that answers that question: What We Learned About the Digital Divide in 2019.

These articles all indicate that the challenges of the digital divide are complex, so it is paramount that policymakers understand the complexities, have informed solutions, and appreciate the very human adversity that people without meaningful connections face.

Over the next year, we will continue to provide our daily digest of media and communications news. In addition, we will be enlisting leaders from around the country in an ongoing discussion on how public policy can close the digital divide and extend digital opportunity everywhere [Hint: see Benton Senior Fellow Jon Sallet’s Broadband for America’s Future: A Vision for the 2020s and sign-up for report updates].

In the Digital Age, open, affordable, robust broadband is the key to all of us reaching for—and achieving—the American Dream.  Here’s to 2020, and continuing to work towards the profoundly democratic vision of bridging the digital divide.

© Benton Institute for Broadband & Society 2020. Redistribution of this email publication - both internally and externally - is encouraged if it includes this copyright statement.