What We Learned About the Digital Divide in 2019

What We Learned About the Digital Divide in 2019

There was no "Mr. Watson, come here – I want to see you" moment; instead, 50 years ago in 1969, there was an attempt to login on ARPANET that ended after "lo" because of a system crash. That inauspicious moment led to our connected world of 2019, a time when more than 4 billion people have internet access, and the number of devices connected to internet networks is more than double the global population.

Consider the labor market. It’s now routinely expected that job seekers will use the internet to more easily identify and apply for jobs that match their skill sets and interests. Research even suggests that the lower cognitive lift associated with online job searches could reduce instances of labor market discouragement. In turn, businesses reap benefits from e-recruiting by decreasing labor market search costs and achieving productivity gains through increased efficiencies. Similar productivity gains can even be passed onto employees through higher wages and to consumers through lower prices. Broadband also helps employees increase their wages by sharpening their online and digital skillsets.

Broadband also has the potential to create happier, healthier, and more resilient societies. First, as an educational tool, broadband enables people to learn new skills to solve challenges or to develop new hobbies; it allows them to learn more about their health to better manage conditions and symptoms from home; and it can inform them about local issues, helping create tighter-knit communities. As a recreational tool, broadband increases and democratizes entertainment options, giving people more choice and freedom in how they spend their time. But it also democratizes information, allowing people to access new ideas, information, and resources from a variety of platforms. And as a social networking/communication tool, broadband makes it easier to maintain and connect with loose or physically distant social ties, helping people maintain a broader sense of community.

But for all the internet's impact, for all those devices, and even though so many have access, too many people remain unconnected. The phrase “digital divide” was first introduced some 25 years ago. Clearly, it is not a temporary condition, but a persistent problem. As we close the year, we review efforts to better understand and close the digital divide.

In 2019, for the second consecutive year, the FCC concluded that broadband is being deployed on a reasonable and timely basis to all Americans in its Broadband Deployment Report. The FCC reported that:

From all of these numbers, the FCC concluded that "the digital divide has narrowed substantially, and more Americans than ever before have access to high-speed broadband."

And just this week the Fiber Broadband Association said 20.5 million U.S. homes are now connected to fiber broadband service. Fiber service is now available to 40% of U.S. homes. In 2019, more U.S. homes received broadband service via fiber than via DSL or fiber to the neighborhood service (think AT&T U-verse). Fiber broadband is now the second most popular choice after cable modem service. 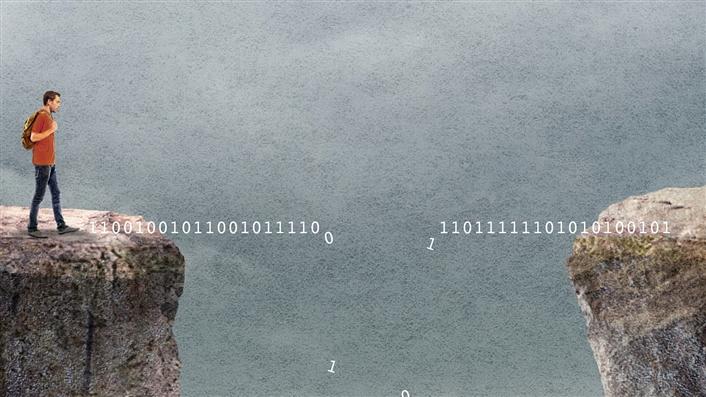 But these rosy numbers are tempered by research showing too many communities still aren't fully participating in the broadband age -- places like East Los Angeles (CA), Flint (MI), Shreveport (LA), Newport News (VA), Lynwood (CA), Compton (CA), and Lorain (OH) where over a third of the households don't have broadband. And Bossier City (LA), Pharr (TX), and Brownsville (TX) where near half the homes are unconnected. Overall, The NPD Group reports, 31 percent of U.S. households (100 million people) do not currently have a broadband connection. The vast majority of these consumers are in rural areas. BroadbandNow reported earlier this year that only about half of Americans have access to a $60 per month wired-broadband internet plan and just two-thirds of Americans have access to ultra-high speeds (defined as 500 Mbps download speeds or higher) at any price. Pew found that 44% of adults with household incomes below $30,000 a year don’t have home broadband service and 46% don't have a traditional computer. By comparison, each of these technologies is nearly ubiquitous among adults in households earning $100,000 or more a year.

Just about 100 days into his tenure at the Federal Communications Commission, Commissioner Geoffrey Starks said the U.S. is transitioning from a “digital divide” into a state of “internet inequality." As many areas are racing toward 5G wireless and gigabit connectivity, too many communities still have "no-G," too many can't afford or don't have access to broadband internet access service at all.

The Wall Street Journal profiled such communities in southeastern Ohio where library parking lots are still occupied after hours as people make use of free Wi-Fi, their only option for Internet connectivity. "This isn’t just about not being able to play the latest videogames online or stream movies on a phone. For people without broadband connections, it’s much harder to do things like conduct research for schoolwork, grow their own businesses or even find work online. On the path to a better life, it’s at least a detour, if not a roadblock," the article reads.

"That rings to me of inequality," Commissioner Starks said. "Long-standing issues that disproportionately affect certain communities speak to me as issues of equity." This Internet inequality, he said, robs many of individual dignity, hamstrings the U.S. economy, and weakens our democracy.

When the FCC released its broadband deployment findings, Commissioner Starks said, "The report masks the urgent need for continued and renewed action to address inequities in internet access in rural, tribal, and urban areas of the country." FCC Commissioner Jessica Rosenworcel said, “Instead of this report, we should be issuing a candid appraisal of the work we have to do to bring broadband everywhere.” She said this requires three things:

On point #1, this year, Washington declared consensus: the FCC isn't doing a good enough job collecting data on where broadband internet access service is available -- and where it isn't. In August, the FCC decided to require fixed-broadband providers to submit new maps of the areas in which their services are available. As part of this new data collection, the FCC will require providers to submit data using shapefiles—or polygons—rather than on a census block basis. This new collection is similar to the FCC’s Form 477 data in that it will allow providers to submit availability data based on where a provider has a current connection or “could provide such a connection within ten business days of a customer request.” The FCC also required the Universal Service Administrative Company (USAC) to create an online portal for “local, state, and tribal governmental entities and members of the public to review and dispute the broadband coverage polygons filed by fixed providers.” The order leaves the current Form 477 system in place, but requests comment on whether the FCC should sunset some or all of the Form 477 collection. The FCC also asked additional questions about whether it should require more granular data for fixed providers, how to account for satellite providers, how to improve mobile broadband coverage data, and how to better incorporate public feedback in the data collection process, among other things.

Just this month, the House of Representatives passed two bills aimed at fixing the FCC's bad broadband data. The Broadband Deployment Accuracy and Technological Availability Act (H.R. 4229 or the Broadband DATA Act for short) would require the FCC to issue new rules to require the collection and dissemination of granular broadband availability data and to establish a process to verify the accuracy of such data, and more. The Mapping Accuracy Promotion Services Act (H.R. 4227 or the MAPS Act) specifies that it is unlawful for a person to willfully, knowingly, or recklessly submit inaccurate broadband service data. The Senate passed its version of the Broadband Deployment Accuracy and Technological Availability (DATA) Act on December 20 [Editor's note: passage came after publication of this article].

On defining broadband, a number of groups (including the Benton Institute for Broadband & Society) are arguing that the FCC needs to update its benchmark speeds for fixed-broadband services to support a contemporary and forward-looking vision of high-quality services that reflects the broadband marketplace. Broadband connections in the United States regularly deliver 100 Mbps downloads and are increasingly capable of reaching 1 Gbps symmetrical speeds. According to one speed test in 2018, the average wireline download speed for consumers was 96.25 Mbps, with several states, including Massachusetts, New Jersey, Maryland, and Delaware, averaging download speeds of 115 Mbps or more (and the average upload speed was 32.88 Mbps). Broadband providers market 25/3 service only to homes with 1-5 devices connecting just for web browsing and email. For streaming video content or sharing large files, broadband providers suggest 100 Mbps service. The FCC’s benchmark, many argue, should reflect this.

Looking closely at adoption obstacles, Dr. Colin Rhinesmith, Dr. Bianca C. Reisdorf, and Madison Bishop found that although those with a limited monthly budget have an acute understanding of the value of home broadband, the costs associated with broadband service make it difficult for them to afford—with some having to prioritize other everyday expenses and others delaying paying other important bills just to be able to maintain their Internet access. These researchers argue that focusing on ability to pay, rather than perceived interest in, or relevance of, home internet access, provides a framework for understanding the local, cultural drivers, and barriers to broadband adoption in low-income communities.

Fifty years since the launch of ARPANET, the precursor to today’s internet, many of us rely on being logged in—all the time. But too people in the U.S. are still waiting for access to the internet over broadband networks. The chasm between Gig access and no access is too wide and the impact on those left behind grows more profound every day.

On the eve of the 2020s, can we finally bridge this divide? The answer is: we must. The strength of broadband is that it will—if fully accessible to all in America—help us solve some of our most critical societal challenges, meet people wherever they live and work, and help them overcome key barriers regardless of their background, community surroundings, or demographic characteristics. Imagine each community enabled to identify and build on its strengths and employ technology accordingly. That is a profoundly democratic vision.

The Weekly Digest will return January 10, 2020. We wish you a happy and safe holiday season.