“The sprawling reservation, which touches parts of rural Arizona, New Mexico and Utah, is by any measure one of the poorest places in America. Studies have found more than 30,000 families need new homes to live by modern standards.”

Sacred Wind Communications was founded on the premise of “serving the unserved,” given the technological void that envelopes so many tribal communities in New Mexico. While the company continues to expand its broadband deployment initiatives among tribal communities in New Mexico, it still faces an uphill battle when trying to balance high infrastructure buildout costs with high consumer demand, particularly in remote Navajo communities. The following points specifically elucidate how difficult it is for a small, rural telco whose mission is to serve tribal communities that want and need broadband services, but still do not have basic access:

As part of the FCC’s recent Alternative Connect America Cost Model (A-CAM) support order, Sacred Wind Communications took the opportunity to identify all locations – structures that might be served by broadband and voice telecommunications services – within its study areas’ census blocks declared by the FCC eligible for A-CAM support, and found that the FCC undercounted the locations in those census blocks by over 4,000 locations. Those undercounted homes represented a loss of nearly $4 million annually in funding needed to provide broadband to those locations. The exclusion of those locations from the A-CAM support program has rendered them invisible to the FCC for purposes of bridging the digital divide in rural and Tribal areas. Had Sacred Wind accepted the FCC’s A-CAM offer of support, the company could have met its obligations of providing broadband at 25 Mbps download to 100% of the locations in the FCC’s database, without ever having to deploy to a single one of these excluded locations, ignoring nearly 40% of the households.

OPEX and CAPEX Costs are Higher on Rural Tribal Lands

Operating in a study area 1½ times the size of Delaware where three-fourths of the population live remotely or in small clusters of homes, separated in many areas by miles of desert or mountainous terrain, Sacred Wind’s per household outside plant costs exceed the norm. The company’s number of vehicles, vehicle miles travelled, and outside plant technicians are higher than those for more concentrated study areas. The cost of construction of communications towers and equipment shelters and installation of broadband carrier cabinets on remote sites, and the cost of rights-of-way for every project, whether landline or microwave, elevate Sacred Wind’s per customer operating costs.

The Federal Government Undercounts Many Homes on Rural Tribal Lands

Like other carriers serving Tribal Lands, Sacred Wind serves many low-income customers who reside in extremely rural, remote areas. The average annual individual income in Navajo, New Mexico, is $6,176, which is 75 percent below the statewide average ($25,257) and 80 percent below the national average ($31,177).[1] Over 42.9 percent of Navajos live under the national poverty level, the highest poverty rate in the country, even among American Indians.[2]  Sacred Wind calculates that, among the yet-unserved households in the more remote areas of its territory, even higher poverty levels exist. Almost 75% of Sacred Wind’s customers participate in the FCC’s Tribal Lifeline program.

The Navajo People reside in basically three classifications of tribally occupied federal lands: 1) Homesites under a lease with the Tribe, 2) Allotment Lands assigned and managed by the Bureau of Indian Affairs (BIA), and 3) in HUD or Navajo Housing Authority (NHA) housing.

A Navajo Homesite Lease, a parcel of land assigned by the Navajo Nation to a family or individual of up to one acre, is acquired by a member of the Tribe who then would build a house or move a trailer home on the parcel.  The Homesite Lease allows up to three residential locations occupied by relatives of the applicant.

A BIA Allotment, a U.S. Department of Interior BIA-managed parcel, can be from 2.5 acres to 160 acres and is allotted to a Tribal family wherein multiple locations occupied by members of the same family can reside, as authorized by the majority of all family members.

With multiple households occupying a family’s Homesite Lease or BIA Allotment, some legitimately and others as “squatters,” it is apparent that many households have been omitted by census takers.

Many Navajo Homes Are Not Recognized as Domiciles

According to the NHA, over 30,000 Navajo families are on a waiting list for NHA homes. (Reference to that statistic can be found in a news article in the link provided below and cited here: “The sprawling reservation, which touches parts of rural Arizona, New Mexico and Utah, is by any measure one of the poorest places in America. Studies have found more than 30,000 families need new homes to live by modern standards.”[3] Those families are not the primary occupants of a homesite lease nor of an allotment. Those primary homes have been built by the primary owners/occupants and are mortgage/lease-free. They are family members of homesite leases and allotment occupants who live in substandard dwellings on those homesite and allotment parcels that are probably not recognized by the US Census and the FCC as living quarters. Sacred Wind has delivered voice and broadband services to a number of these locations using its fixed-wireless technology and, in some cases where electric service is unavailable in the area, the company has installed small solar power units to power up its customer’s communication equipment. 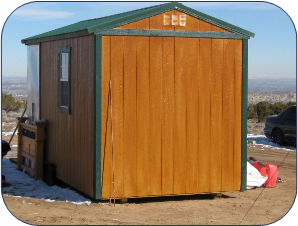 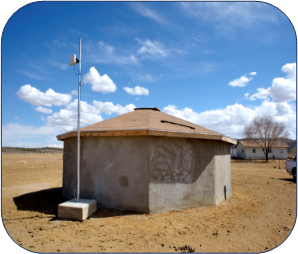 Many of these residences are accessible by dirt roads and truck pathways and therefore lack street addresses.  Others may be unrecognizable as an inhabitable structure to those outside of the Tribe. 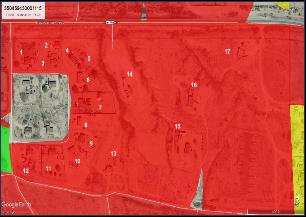 Here is a detailed example and close-up of a census block (350319436002056) with location discrepancies.  FCC data listed three eligible locations for this area, whereas Sacred Wind counted seventeen eligible locations.

The total location discrepancy for Sacred Wind is staggering and may stem from flawed U.S. Census housing unit data.  As recently reported by the L.A. Times, a U.S. Census Bureau audit found that in the 2010 Census, nearly 1 in 7 Native Americans living on a reservation was missed, amounting to 82,000 people overlooked and uncounted — “equal to skipping the entire city of Santa Fe, New Mexico’s capital.”[4]

John Badal is a co-founder of Sacred Wind Communications and is the CEO and Chairman of the Board. Sacred Wind Communications has been in existence for over thirteen years and has received numerous awards.  Mr. Badal served as President of Qwest Communications in New Mexico from August 2000 to October 2004. He left Qwest specifically to resolve the “IT Divide” issues facing the Navajo reservation and other tribal areas.  Prior to his employment with Qwest, Mr. Badal was a regional director of governmental affairs for AT&T until his retirement in 1998, when he began a consulting business, Border States Policy Group. His company helped develop telecommunications policy for governmental jurisdictions in New Mexico and Arizona and specialized in promoting and designing wireless broadband systems for rural areas. Mr. Badal received his undergraduate and Master’s degrees from Temple University, Philadelphia and conducted his doctoral research under a Fulbright Grant in Peru from 1974-75. He served in the U.S. Army’s 8th Special Forces Group in Panama, where he trained in radio communications and combat engineering. He speaks 3 languages fluently and is somewhat conversant in Quechua and French and is learning Navajo.

Benton, a non-profit, operating foundation, believes that communication policy - rooted in the values of access, equity, and diversity - has the power to deliver new opportunities and strengthen communities. Our goal is to bring open, affordable, high-capacity broadband to all people in the U.S. to ensure a thriving democracy.