Congressman Clyburn founded the Rural Broadband Task Force to help find solutions to the digital divide. Much of the discussion on April 6 focused on bringing broadband to rural areas that, of yet, do not have broadband service. But Corbett asked about urban areas, too.

When President Joe Biden met with Congressional leaders to help shape the debate around infrastructure legislation, House Speaker Nancy Pelosi (D-CA) deferred to Majority Whip Clyburn to make the case for including broadband under the infrastructure umbrella since, traditionally, infrastructure was thought of as mainly roads, bridges, power systems, and buildings.

Before Congressman Clyburn could even finish his argument, Senate Majority Leader Chuck Schumer (D-NY) jumped in to say that 25% of the kids in New York City are not on the internet. They go down to the local library. They sit on the steps of the library to do their homework. Or they go to fast food places to do their homework.

The leadership agreed that universal broadband is a national challenge. “It is absolutely no different in the inner cities than it is in rural communities,” said Congressman Clyburn. He recognized that deploying broadband networks in rural areas presents its own problems, but “in some urban areas, there's as much disconnect as you'll find in rural communities.”

Corbett also asked the congressman to reflect on the circumstances that led to the historic investment in broadband. “What do you think would have happened had we not had COVID-19? Would we have been fighting this forever?” she asked.

“No, I don't think so,” Congressman Clyburn answered. “It might have taken longer.” But dealing with COVID accelerated the commitment. “What happened with our school children,” said Clyburn, returning to education, “we've got kids in South Carolina, that have lost more than a year of school. And it's unfair for my grandkids to be able to stay connected to education because they got the internet. And their schoolmates are going to get left behind because they did not have the internet. That, I think, makes the case a whole lot. COVID helped a whole lot of people to see the value of telehealth, because that touches a lot of people. So, I think it would have taken longer to get to, but I think we eventually would have done it. But certainly, you hate to think of a pandemic as being helpful, but it highlighted how serious this problem really is. And so, I think it would have taken some time to get there.”

Congressman Clyburn concluded, “I think the thing we've got to get to is learning our value to each other. That's what we've got to learn.” 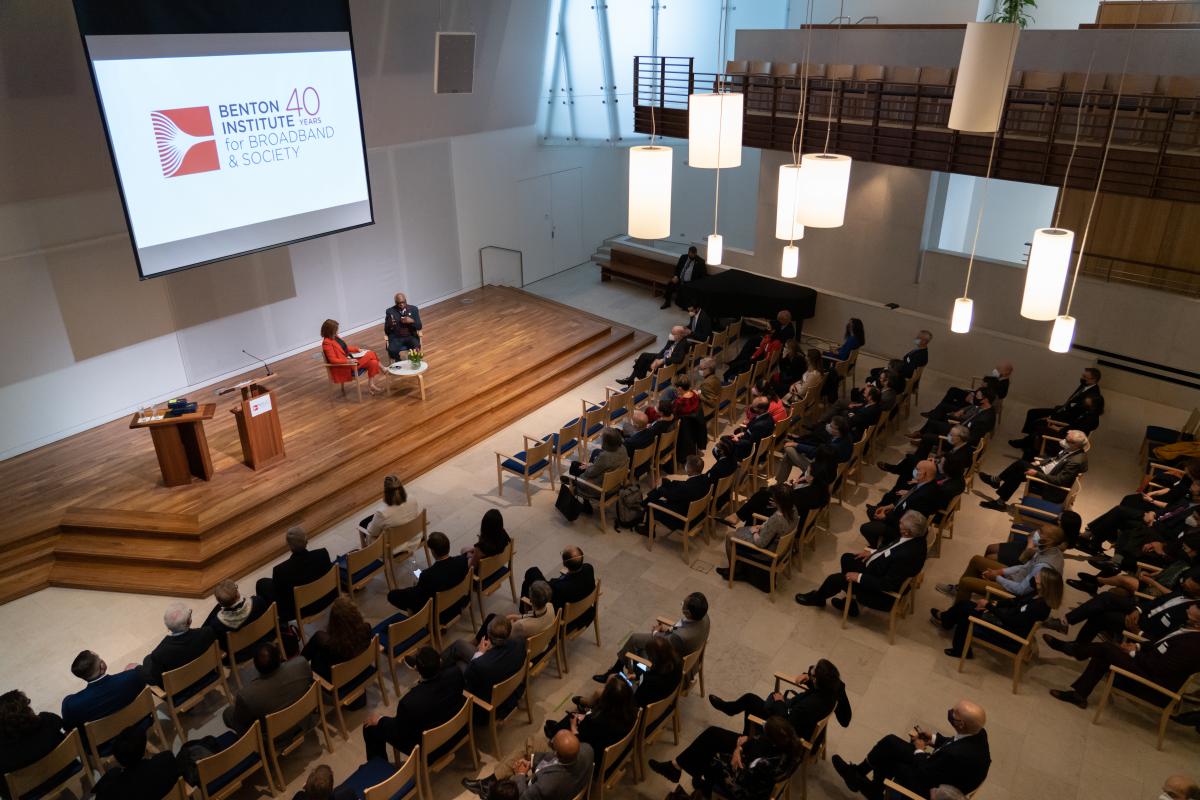 He illustrated the point by relaying the story of Thomas Edison who, of course, invented the light bulb, but had a problem getting it to work properly. Edison could get the light bulb to come on, but it would overheat and, then, go out. Edison was told of a man in Massachusetts who had invented something called a 'filament.' Edison was advised to go speak with fellow inventor Lewis Latimer. Latimer was the son of former slaves. His parents had escaped from slavery. Edison visited Latimer, the inventor of the filament and, sure enough, Latimer's filament made Thomas Edison's light bulb work properly.

By Adrianne B. Furniss.