This Next Century Cities Paper is published by the Benton Foundation

Municipalities across the country are increasingly using technology to ensure government is accessible and responsive to citizens, while simultaneously creating forward-looking programs to increase internet access so more residents can experience the benefits of connectivity. These initiatives can be used to create civic technology programs, which draw on the power of technology to promote digital inclusion and civic engagement. The best civic-technology initiatives facilitate unprecedented levels of public involvement in community governance, narrow the digital divide, and improve communities. As a result, governance is more democratic and more individuals can enjoy the educational and economic benefits of internet access. Empowering citizens to make informed decisions and offer direction about who governs them – and how – is essential to improving our democracy.

In early 2016, Next Century Cities launched the Charles Benton Next Generation Engagement Awards to reward innovative thinking in civic technology. Following a competition that generated applications from across the country, three cities – Austin, Texas; Louisville, Kentucky; and Raleigh, North Carolina – were awarded seed grants in late 2016 to help launch innovative programs that would use high-speed broadband to improve civic engagement and democratic participation:

Over the course of the past year, Next Century Cities has researched existing projects, interviewed experts in the field, and worked with the three inaugural Charles Benton Next Generation Engagement Award winners to generate key takeaways and lessons learned that can be utilized by any city to successfully create and implement similar initiatives. 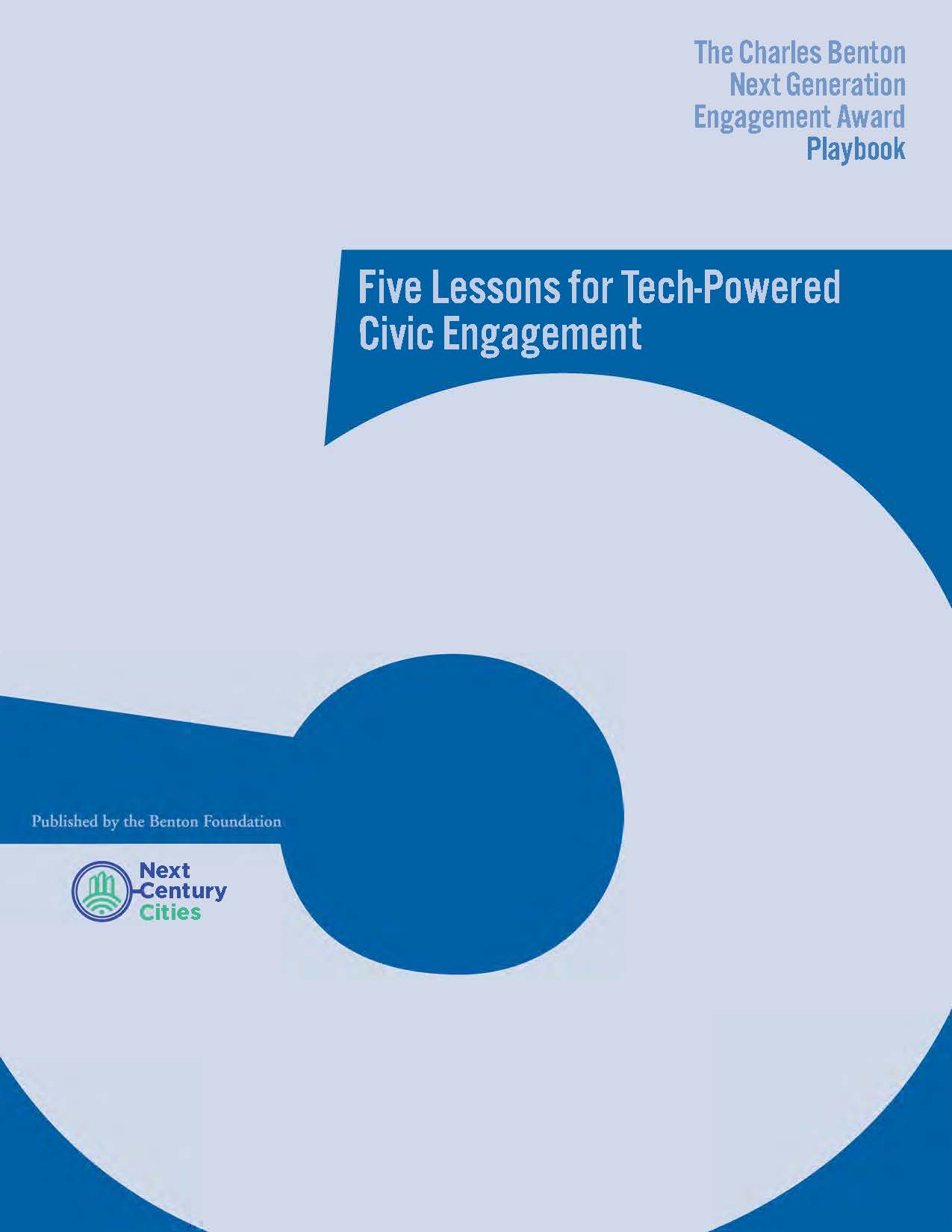