The Federal Communications Commission, the Federal Trade Commission and the United Kingdom’s Ofcom all weighed in on wireless Internet issues this week. The three big takeaways: 1) Wi-Fi is important; 2) the Internet of Things has some trust issues to work out; and 3) throttled Internet is not unlimited Internet. As Warner Wolf used to say, “Let’s go to the tape.” 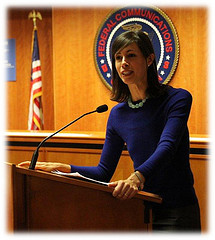 We need more Wi-Fi because in a world of constant connections it is responsible for billions of dollars of economic activity -- and growth.

Later on January 26, the FCC released an enforcement advisory warning that Wi-Fi blocking is prohibited. “Wi-Fi blocking violates Section 333 of the Communications Act,” the FCC reminded and noted that its Enforcement Bureau is “aggressively investigating” the intentional interference by hotels and other commercial establishments. The Commission stressed:

"No hotel, convention center, or other commercial establishment or the network operator providing services at such establishments may intentionally block or disrupt personal Wi-Fi hot spots on such premises, including as part of an effort to force consumers to purchase access to the property owner’s Wi-Fi network. Such action is illegal and violations could lead to the assessment of substantial monetary penalties."

The FCC also reiterated that Federal law prohibits the operation, marketing, or sale of any type of jamming equipment, including devices that interfere with Wi-Fi, cellular, or public safety communications.

Finally, the FCC provided consumers with information about how to file a complaint if they believe their personal Wi-Fi hotspot has been interfered with.

FCC Chairman Tom Wheeler released a statement accompanying the advisory saying, “Consumers must get what they pay for. The Communications Act prohibits anyone from willfully or maliciously interfering with authorized radio communications, including Wi-Fi. Marriott’s request seeking the FCC’s blessing to block guests’ use of non-Marriott networks is contrary to this basic principle. Protecting consumers from this kind of interference is a priority area for the FCC Enforcement Bureau. The Enforcement Bureau recently imposed a $600,000 fine on Marriott for this kind of conduct, and the FCC will continue to enforce the Communications Act if others act similarly.”

Trusting the Internet of Things 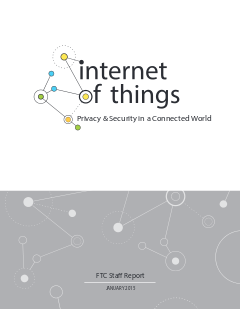 On January 27, the FTC released a report, Internet of Things: Privacy and Security in a Connected World, following up on a public workshop held on the issue in November 2013. At that workshop, participants noted that the IoT presents a variety of potential security risks that could be exploited to harm consumers by:

The hard part will be convincing the industry to make the internet of things a great experience, perhaps by teaching it to see the public as human beings rather than just consumers.

Participants also noted that privacy risks may flow from the collection of personal information, habits, locations, and physical conditions over time. In particular, some panelists noted that companies might use this data to make credit, insurance, and employment decisions. Others noted that perceived risks to privacy and security, even if not realized, could undermine the consumer confidence necessary for the technologies to meet their full potential, and may result in less widespread adoption.

The new FTC report recommends steps that businesses can take to enhance and protect consumers’ privacy and security, as Americans start to adopt Internet-connected devices. The report includes the following recommendations for companies developing IoT devices:

FTC staff also recommend that companies consider data minimization -- that is, limiting the collection of consumer data, and retaining that information only for a set period of time, and not indefinitely. The report notes that data minimization addresses two key privacy risks: first, the risk that a company with a large store of consumer data will become a more enticing target for data thieves or hackers, and second, that consumer data will be used in ways contrary to consumers’ expectations.

FTC staff also recommends that companies notify consumers and give them choices about how their information will be used, particularly when the data collection is beyond consumers’ reasonable expectations. It acknowledges that there is no one-size-fits-all approach to how that notice must be given to consumers, particularly since some Internet of Things devices may have no consumer interface. FTC staff identifies several innovative ways that companies could provide notice and choice to consumers.

The FTC concluded that any Internet of Things-specific legislation would be premature at this point in time.

The FTC also released a new publication for businesses containing advice about how to build security into products connected to the Internet of Things. Careful Connections: Building Security in the Internet of Things encourages companies to implement a risk-based approach and take advantage of best practices developed by security experts, such as using strong encryption and proper authentication. The report describes four ongoing initiatives:

FTC Commissioner Terrell McSweeny penned an op-ed for Recode concluding: “Now is the time to insure there is a clear set of ground rules for the security of [IoT] products -- before the marketplace and our homes fill with exploitable devices. Congress should pass comprehensive data security legislation establishing the basic requirements for how to notify consumers when breaches occur and creating a technology-neutral security framework that will provide clarity to consumers and innovators.”

Writing for GigaOm, Stacey Higginbotham digests the FTC’s Internet of Things: Privacy and Security in a Connected World and with an eye on innovation. She sees hints that the next innovation isn’t built around how fast a company can code or iterate, but on its data streams and the quality and defensibility of its algorithms. And in that world, Higginbotham suggests, the threat of legislation around data privacy and even some of the more-reasonable consumer opt-ins or disclosure suggestions around user data found in the FTC report are an existential threat. She realizes, however, that responsible data analysis can bring great societal and personal benefits. But the threat of misuse of data will be enough to turn some people way from adopting some of these technologies. “The hard part will be convincing the industry to make the internet of things a great experience,” she concludes, “perhaps by teaching it to see the public as human beings rather than just consumers.”

Interestingly, Ofcom, the UK’s telecommunications regulator, this week called for international industry standards on privacy in the Internet of things. Ofcom identified data privacy and consumer literacy as the primary areas of concern.

“We have concluded that a common framework that allows consumers easily and transparently to authorize the conditions under which data collected by their devices is used and shared by others will be critical to future development of the IoT sector,” Ofcom wrote. “If users do not trust that their data is being handled appropriately there is a risk that they might withhold its use.” 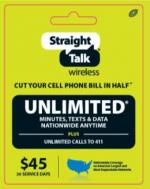 On January 28, the FTC released word that prepaid mobile provider TracFone, owned by Mexican billionaire Carlos Slim, had agreed to pay $40 million to settle charges that it deceived millions of consumers with hollow promises of “unlimited” data service. The FTC’s complaint against TracFone alleges that since 2009, TracFone has advertised prepaid monthly mobile plans for about $45 per month with “unlimited” data under various brands, including Straight Talk, Net10, Simple Mobile, and Telcel America. But despite emphasizing unlimited data in its advertisements, TracFone drastically slowed or cut off consumers’ mobile data after they used more than certain fixed limits in a 30-day period.

It is unwise to make the express claim that a service is unlimited if what you really mean by “unlimited” is, well, “limited.”.

Counter to the marketing promises, the FTC alleges that TracFone regularly either slowed down consumers’ data speeds – known as throttling – or cut off their data entirely when they used more than certain fixed amounts of data in a 30-day period. TracFone even terminated all the services (talk, text, and data) of some consumers. As described in the FTC’s complaint, throttled customers often experienced slow-downs of at least 60% and sometimes even 90%, significantly impairing their ability to engage in online activities like streaming video.

The FTC alleges that TracFone varied its data limits, but generally slowed data service when a customer used one to three gigabytes, and suspended data service at four to five gigabytes. When consumers approached TracFone’s limits, they would often receive a call that warned them for the first time about their “excessive data usage” but did not disclose TracFone’s data limits, according to the agency’s complaint.

The complaint states that there was no technical reason for TracFone to limit data, such as to reduce network congestion; rather, internal documents showed that the company’s data policies were created to “reduce the high costs associated” with providing the unlimited data that it had promised.

In addition to the $40 million in consumer refunds that it must pay under its settlement with the FTC, TracFone is prohibited from making further deceptive advertising claims about its mobile data plans, and must clearly and conspicuously disclose any limits on the speed or quantity of its data service.

What can other companies take from the TracFone settlement? The FTC’s Lesley Fair writes:

We had an exciting week for wireless – but also for wired broadband, too. The FCC released a finding that broadband deployment in the U.S. -- especially in rural areas -- is failing to keep pace with today’s advanced, high-quality voice, data, graphics and video offerings. The FCC also adopted a new definition of broadband, one meant to reflect advances in technology, market offerings by broadband providers, and consumer demand. We promise to give you a more complete look at the FCC’s findings after we get a look at its report. So, ‘til next week, we’ll see you in the Headlines.