On May 12, the Federal Communications Commission launched its Emergency Broadband Benefit Program. The program was included as part of the Consolidated Appropriations Act, 2021, which was passed by Congress and signed into law by President Trump in December 2020 to provide relief during the pandemic.

The Emergency Broadband Benefit Program is significant because it seeks to address two of the many challenges facing households with limited monthly incomes: the ability to pay for broadband and connected devices.

As the Federal Communications Commission (FCC) explains on its Emergency Broadband Benefit website, “The Emergency Broadband Benefit will provide a discount of up to $50 per month towards broadband service for eligible households and up to $75 per month for households on qualifying Tribal lands. Eligible households can also receive a one-time discount of up to $100 to purchase a laptop, desktop computer, or tablet from participating providers if they contribute more than $10 and less than $50 toward the purchase price.”

In my research published by Benton titled “Digital Inclusion and Meaningful Broadband Adoption Initiatives,” I learned that many individuals and families with limited monthly incomes across the country have looked to local organizations in their communities to gain access to affordable broadband service and connected devices. I found that these activities were often part of a four-part strategy to promote digital equity: 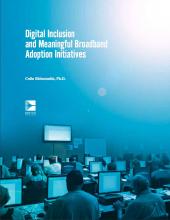 I conducted this research back in 2015 to provide data and evidence to inform the FCC’s efforts to reform its Lifeline program, refocusing a program that helped to make telephone service more affordable to a broadband subsidy for qualifying low-income households. This research is still relevant today as it can also help to inform the Emergency Broadband Benefit Program, as well as several other broadband policy proposals focused on promoting digital equity.

But Why Do Subsidized Devices Matter?

In my report, I wrote that “low-cost or free computers are often just as important as having access to low-cost or free internet options.” Half of the organizations that participated in my study recognized that this tactic was a key part of their broader digital inclusion efforts. I also learned that many of these organizations worked to refurbish and resell computers at more affordable prices.

PCs for People—in Saint Paul, Minnesota—was one of the organizations that I visited. The organization makes desktop and laptop computers accessible for individuals and families with limited monthly incomes. In Benton’s Innovators in Digital Inclusion series, National Digital Inclusion Alliance Executive Director Angela Siefer explained, “PCs for People’s strategy is to: 1) procure high-quality, retired electronics from corporations, 2) leverage automation to efficiently refurbish computers, and 3) distribute equipment nationally at a lower cost than any other organization.” The PCs for People location in Saint Paul also made it incredibly convenient to access for individuals and families and, as such, became a trusted community institution. 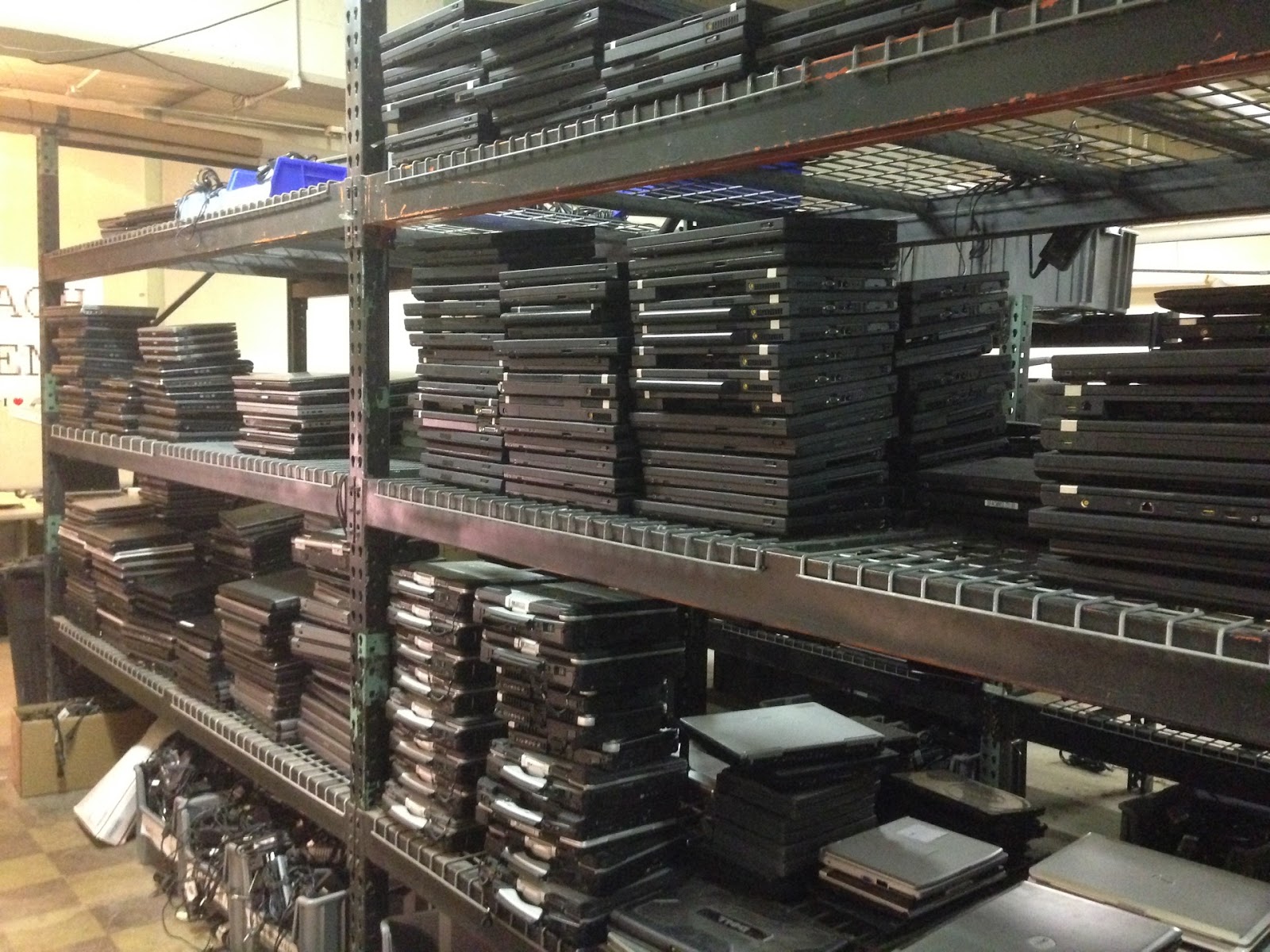 During my visit to PCs for People (pictured left), I learned why low-cost devices were just as important as low-cost broadband service. As Casey Sorensen, PCs for People Executive Director explained,

Our average client is a family of three, usually a single parent and two kids, and they make about $12,000 a year. So they don’t have a lot of discretionary money that they can spend on services or products, but they do have some ability to pay. We found that if they provide a little bit of funds for a computer, they will treat it a little bit better. They will spend more time with it if they can make an investment in it, and most of the families that we are working with do want to make investments. They understand that getting a computer is a once-in-every-three-years purchase that they have never been able to do before, and our challenge is how do we make that at a price point that they can afford?

Many community members also told me that while they had internet access on their phones, they found it nearly impossible to apply for jobs on such small screens. While many people traveled to public libraries or other public computing facilities to gain access to computers and the internet, many reported feeling frustrated with these temporary solutions because of the time limits placed on public computers. As one participant at PCs for People told me, “It is a big, huge deal to have a computer at home . . . because I was trying to find a job. If I would have had to drive to the library, pay the gas to get there, and spend the time on their computer and get bumped off, it would have changed things for sure.”

These findings help to show why having access to affordable broadband service and connected devices were a necessity even before the pandemic.

The Value of Connecting ISPs and Computer Refurbishers

More recently, I spoke with Casey Sorensen to learn more about PCs for People’s partnership with Cox Communications to provide low-cost computers to eligible families through its Connect2Compete program and, more recently, the FCC’s Emergency Broadband Benefit Program.

As Casey explained, the Connect2Compete program provides eligible families with low-cost internet service at $9.95 a month. This was a price that I found was most affordable for participants in my 2016 Benton study. However, even at this low cost, several individuals told me they would have to make a choice between paying for internet and food for that month.

Casey first met Ebonee Younger, product manager at Cox Communications, at one of NDIA’s Net Inclusion Summits a few years ago. There, the two began talking about a partnership that would allow PCs for People to provide the refurbished devices at a scale that met the demand of the Connect2Compete program. After a year of negotiations to figure out how the partnership would work, PCs for People developed a formal partnership with Cox Communication which allowed the company to have access to consistent, reliable, and affordable devices for the households served through the Connect2Compete program.

I also spoke with Ebonee to learn more about the partnership with PCs for People and why low-cost devices are an important part of the Connect2Compete program and Cox’s participation in the FCC’s Emergency Broadband Benefit Program. Ebonee explained that devices are an essential part of the three-legged stool: “You got to have connectivity. You got to have a quality device. And you got to know how to use it.”

Cox Communications launched the partnership with PCs for People in March 2020 at the beginning of the lockdown. Both Casey and Ebonee told me that the timing was perfect. Cox knew that the digital divide was a problem before the pandemic, but, as Ebonee explained, “We did not know how big it was. [Connect2Compete] grew 50 percent during that time. We will typically connect around 28,000 every year. We connected 67,000 in 2020.” Ebonee told me that Cox is projected to need about an additional 25,000 devices as a provider in the Emergency Broadband Benefit Program, since it is meant for all qualifying low-income consumers, not just low-income families with children. “Internet adoption really increased for us in 2020,” Ebonee explained. “But now with the EBB subsidy, that $100 subsidy, the devices are now taking off.”[1]

PCs for People built new systems to create a sign-up process and to connect with the FCC to do eligibility verification, subscriptions, and reimbursements. Casey said PCs for People had to build a secure process to be Cox’s device supplier. That process allowed Connect2Compete and Emergency Broadband Benefit registered and validated participants to use the Emergency Broadband Benefit Program’s $100 credit. Ebonee added that, in terms of low-cost devices, the “$10 to $49.99 is that sweet spot for these families as far as what they can afford.” Casey told me that Cox Communications and PCs for People built a unique and innovative process together. As he explained,

It’s really hard for an ISP to find new devices and the quantities that are needed at those [$100] price points. But it's absolutely dead on what a nonprofit refurbisher distributes their products at. So it's almost like the EBB [Emergency Broadband Benefit] Program was tailored to someone like PCs for People or some of the other nonprofit refurbishers to be exactly what we do.

All of this is about coalition building. No one organization, government, whatever is going to solve this issue alone. So we got to talk to each other. We got to partner where we can. I would speak for other companies, not just ISPs, that if you have end-of-life devices, donate them to refurbishers like PCs for People. Because that can be your direct way to help [address] the digital divide. Because, again, the digital divide is not just about connectivity, it’s not just about devices, it’s not just about training, it has to be about all three of them.

While the Emergency Broadband Benefit Program represents an important step forward to address the challenges of low-cost internet and low-cost devices, too few internet service providers are offering devices through the Emergency Broadband Benefit Program. This may be because the subsidy for devices, as mandated by Congress, is too small — or not enough providers had preexisting relationships with computer refurbishers as Cox did.

Connected devices are critical components of digital inclusion efforts. Congress recognized this in the legislation creating the Emergency Broadband Benefit Program. But it will be a lost opportunity if the program does not help get affordable devices to enough low-income families.

1. Correction: An early version of this article mentioned that Connect2Compete connected around 2,800 every year and connected 6,700 in 2020.

Colin Rhinesmith is the Benton Senior Faculty Research Fellow. He is an Associate Professor and Director of the Community Informatics Lab in the Simmons University School of Library and Information Science (iSchool). He is also the Editor-In-Chief of The Journal of Community Informatics.