A shorter version of this article first appeared in Georgia Magazine, the official monthly publication of Georgia EMC​

What's happening with rural broadband? Hundreds of thousands of Georgians have been asking this question for several years now. These voices are being heard, as lawmakers in Atlanta and Washington (DC) have launched several rural broadband initiatives.

My daughters in middle school know they’ve got to define a problem before it can be solved. Unfortunately, the Federal Communications Commission (FCC), which is responsible for producing and maintaining accurate broadband maps, earns a failing grade.

FCC maps, which use data submitted by current service providers, have been grossly overstating the areas considered “served” by broadband providers. Why are the FCC maps important? Simply put, federal funds for rural broadband have been distributed using the FCC’s flawed maps. It’s no wonder that rural broadband access is such a mess. Thankfully, Georgia is leading the way nationally in defining the broadband problem with new, accurate maps.

Under pressure from Congress, the FCC recently started a process to revamp its maps, but it could be another two to three years before completion.

Deana Perry, executive director of the Georgia Broadband Deployment Initiative (GBDI), recently testified to state lawmakers that a detailed broadband map showing areas served in Georgia will be completed by June 30, 2020.  Georgia’s General Assembly passed legislation in 2018 requiring the GBDI to produce broadband maps which define a census block as served only if at least 80% of service locations in the census block have 25/3 Mbps service readily available.  Georgia’s mapping initiative identifies census blocks with =>20% unserved locations, which significantly increases the number of unserved census blocks and locations when compared to the FCC’s current broadband map where only one location with access to 25/3 service deems an entire census block as served. 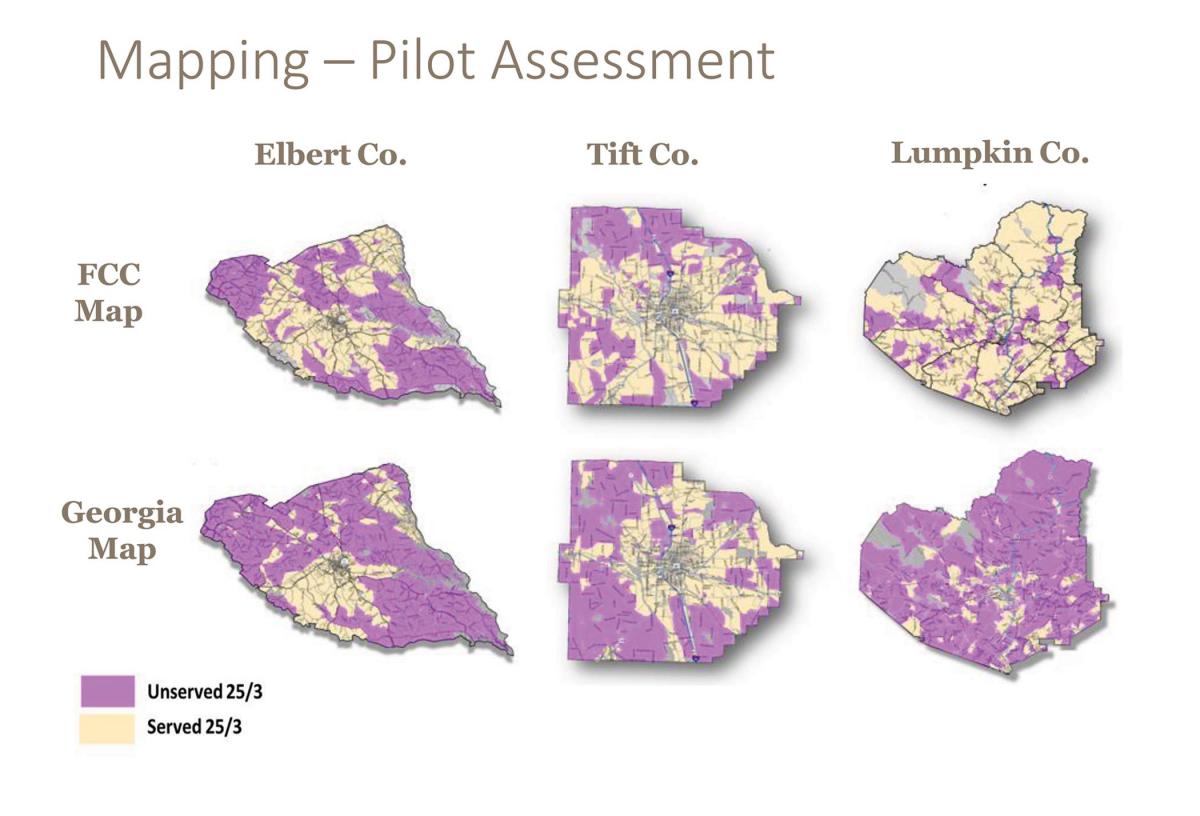 Without accurate maps that define the problem, it’s almost impossible to devise programs to address it or to provide reasonable estimates of how much it will cost to bridge the digital divide. Some cost models suggest the price tag could far exceed $1 billion in Georgia alone. Recent progress on the funding front includes:

Gov. Brian Kemp (R-GA) signed Senate Bill 2 (SB 2) on April 26, 2019, authorizing electric membership cooperatives (EMCs) to provide broadband services. Being a retail broadband provider may not be feasible for many EMCs, but SB 2 also provides all EMCs greater latitude to leverage their own infrastructure—power lines and rights of ways, etc.—to help remove barriers to broadband deployment for other service providers.

Thanks to the passage of SB 2, EMCs have taken significant actions in just the past few months:

We know it’s frustrating for those who suffer from no or inadequate service. But take heart, rural Georgia: Significant progress is being made, although patience will be required as steps are taken to bridge the digital divide. Stay informed at garuralbroadband.com.