The Federal Communications Commission held its monthly open meeting on July 10. We gave a preview of the meeting a few weeks back. There were eight items in total in the action-packed agenda, but we’re going to unpack a few of the actions that are especially relevant to open, affordable, high-capacity broadband in the U.S.

The FCC took action, it said, to “improve broadband deployment and competition” in apartment buildings, condominium complexes, and office buildings, known as multiple tenant environments (MTEs). The commission issued a declaratory ruling that preempted part of a San Francisco ordinance that prohibits MTE owners from interfering with the choice of communications services providers by occupants, established requirements for communications services providers to obtain access to multiple occupancy buildings, and established remedies for violation of the access requirement. 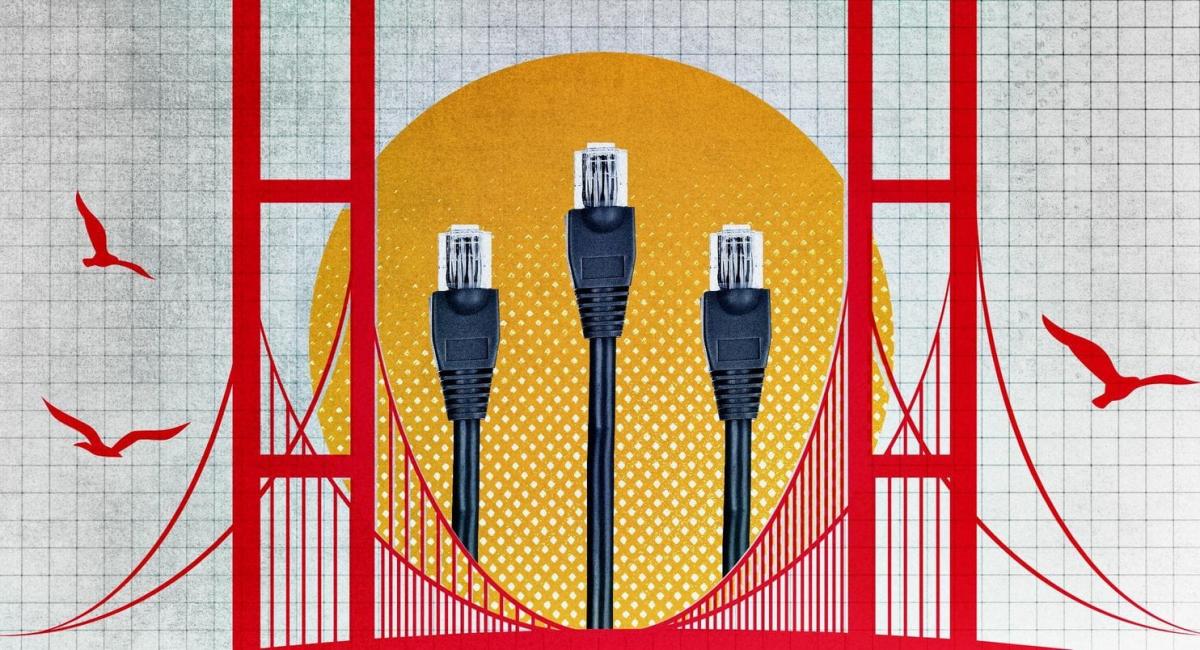 The reasoning behind the ordinance, according to San Francisco Mayor London Breed, is that “it is uneconomic and, in the case of many older buildings, impossible, for multiple carriers to install their own wiring to reach each occupant.” Both Mayor Breed and House Speaker Nancy Pelosi (D-CA), whose district is contained within San Francisco, wrote to FCC Chairman Ajit Pai to attempt to dissuade the FCC from voting to preempt the ordinance. Mayor Breed noted that the FCC proposal, “rather than fostering competition...would strip occupants of many (MTEs) in San Francisco of a meaningful choice of communications providers.”

On June 26, the U.S. House of Representatives unanimously approved a budget amendment introduced by Rep. Katie Porter (D-CA) that would prevent the FCC from implementing this order. Rep. Porter said, “San Francisco’s (ordinance) has been incredibly effective in promoting broadband competition — giving residents the benefit of competition and choice in the market, increasing their service quality while decreasing their monthly bills.”

Chairman Pai’s position is that mandated sharing of in-use wiring in MTEs is a policy that deters broadband deployment: “[I]n-use wire sharing requirement is inconsistent with the federal policy of promoting facilities-based competition as a means of encouraging broadband deployment and investment.”

Mayor Breeden claims that characterization of the ordnance, technically Article 52, is wrong. After all, San Francisco’s law never uses the phrase “in-use.” “Article 52 does not require sharing of ‘in-use’ wiring,” Mayor Breed wrote. She continued:

The (FCC’s) proposed order also suggests that this ‘forced sharing of in-use facilities ... encourages providers to free ride on existing infrastructure rather than building their own.’ In making this statement, the proposed order ignores clear language in Article 52 that a ‘property owner is entitled to just and reasonable compensation from a communications services provider.’

While the ordinance lowers the cost for a provider to obtain access to a multi-unit building, Mayor Breed said, “it does not provide a ... ‘free ride.’”

But the FCC’s order claims the agency does not need to fully understand San Francisco's law in order to preempt it:

We need not definitively determine whether Article 52 requires building owners to permit the sharing of in-use wiring... the record demonstrates that the appearance alone is enough to have a significant deterrent effect on investment … the ambiguity itself about whether Article 52 requires in-use wire sharing has had a chilling effect on broadband and video investment.

So, the FCC order raises confusion over what really was preempted, why the FCC voted to preempt, and what the action will ultimately mean.

For a more in-depth look at the particulars of the debate and what Chairman Pai called the “Schrödinger’s cat of an ordinance” see this article by Jon Brodkin.

Alisha Green wrote for CityLab that, regardless of what is ultimately determined to be the meaning of the FCC’s decision, supporters of San Francisco's ordinance fear that the negative attention from federal regulators could scare other cities from trying the same kind of law.

FCC Commissioners Jessica Rosenworcel and Geoffrey Starks dissented from the order. Commissioner Rosenworcel said that the FCC is stopping efforts in California designed to encourage competition in MTEs. “[W]e say to the city of San Francisco—where more than half of the population rents their housing, often in multi-tenant units—that they cannot encourage broadband competition. This is crazy. There is so much that is wrong with this decision.”

Commissioner Rosenworcel laid out her opposition:

Commissioner Starks also took issue with the preemption. "Today the majority uses the Commission’s preemption authority to insert the Commission into San Francisco’s decision-making process. Preemption is a blunt tool to be used only in limited circumstances – and the Commission should not be using it here."

The FCC voted to “modernize the outdated regulatory framework” for the 2.5 GHz band to make this mid-band spectrum available for 5G. This spectrum was reserved for Educational  Broadband Services (EBS) but now is opened for wireless providers and other entities to use it. The order would establish a competitive bidding window and auction for commercial entities, with aggressive buildout requirements. The order also creates a local priority filing window for tribal nations for early access to unfettered spectrum before any commercial entity gets access.

But, said in a different way, the FCC has moved to prioritize mid-band spectrum away from efforts to promote the educational use of the spectrum, and commercialized it.

Commissioner Rosenworcel said the FCC in this order "turns its back on the schools and educational institutions that have made the 2.5 GHz band their home since 1962.” She continued, “Instead of using these airwaves in creative ways, we take the 2.5 GHz band, cut education from its mission and collapse this spectrum into an overlay auction system that structurally advantages a single nationwide carrier.”

For Commissioner Rosenworcel, the 2.5GHz band could have been better used to reduce the Homework Gap -- the gap of connectivity experienced by students who are assigned homework requiring broadband, but do not have it in their home. The Homework Gap affects nearly one in five U.S. students. She said:

[W]e could honor what President Kennedy and his allies tried to do decades ago when they sought to spark educational use in the 2.5 GHz band. We have an opportunity now to nod to his history but do it in a way that is thoroughly modern and helps make sure every student has the connectivity they need for schoolwork. I regret that we do not do it here.

Commissioner Starks shared the regrets. Rather than embracing the positive aspects of the EBS program and improving upon it, “we instead set up a regulatory framework that may lead to its ultimate demise. This is a regrettable outcome, and one that could have been avoided.”

The FCC’s decision to shut schools out of future EBS band is illogical, harmful and may be illegal as well. Today’s decision to commercialize EBS makes it clear that the FCC does not fully understand the evidence submitted in the docket. The FCC claims that the EBS spectrum is widely underutilized today, and that most licenses are leased to the commercial providers, so why would the FCC award even more licenses to these same companies? The FCC majority has fallen for the “ear candy” promises of the large commercial carriers that the spectrum will be used to promote 5G, even though these same commercial carriers already have over 600 MHz of spectrum that they are not using…We hope that Congress and the courts will heed the advice of the U.S. Department of Education, CoSN, SETDA, ALA and other education organizations and overturn this ill-advised decision.

The FCC also established procedures for the third auction of high-band, flexible-use licenses suitable for 5G. It is expected to be the largest spectrum auction in U.S. history. Bidding in “Auction 103” is scheduled to commence on December 10, 2019. The Public Notice approved by the FCC provides details regarding the procedures, terms, conditions, dates, and deadlines governing participation in Auction 103, as well as an overview of the postauction application and payment processes.

The FCC is proposing to establish a three-year, $100 million Connected Care Pilot program that would support bringing telehealth services directly to low-income patients and veterans. The proposed Connected Care Pilot would provide an 85% discount on connectivity for broadband-enabled telehealth services that connect patients directly to their doctors and are used to treat a wide range of health conditions. The NPRM adopted by the FCC seeks comment on testing a new program, using the FCC’s existing Rural Health Care Program authority, that would defray the costs of purchasing broadband Internet access service necessary for providing connected care services directly to low-income patients and veterans. The NPRM seeks comment on the appropriate budget, duration, and structure of the Pilot, along with other issues.

As the summer heats up, the FCC continues with a busy agenda. Shortly after the July 10 FCC meeting, Chairman Pai outlined the agenda for the August 1 FCC meeting, which includes big broadband items like plans to formally establish the Rural Digital Opportunity Fund, taking action to improve broadband data and maps, and making changes the Rural Health Care program. Broadband policy is taking no vacation this summer.

For links to full coverage of the FCC meeting see https://www.benton.org/event/july-2019-open-commission-meeting]

July 18 -- The Future Of Free Expression Online In America, New America and the First Amendment Coalition