Digital Inclusion and Equity: Why Now

For those unfamiliar with the terms, digital inclusion refers to both access to and ability to use essential information and communications tools. Digital inclusion includes: 1) affordable, robust broadband internet service; 2) internet-enabled devices that meet the needs of the user; 3) digital literacy; 4) quality technical support; and 5) applications and online content designed to enable and encourage self-sufficiency, participation and collaboration. Digital equity is achieved when everyone in a community has the access, tools and skills needed for full participation in our society. Digital inclusion has the potential to increase the likelihood that people use the internet in ways to better their lives – in part by helping people overcome mistrust of online resources that may inhibit use.

Consumers are adopting digital tools like never before and, in some segments of the U.S., we’ve reached a “tech abundance” threshold that is driving a bottom-up interest in digital inclusion in many communities.

Tech abundance doesn’t mean that everyone in society has adopted digital tools. Rather, it means that enough people have them – usually about a third of the population – to spark a change in how society thinks about the consequences of new technology. Some examples:

We are at another such threshold today, but it’s not about a single technology. It is about a collection of consumer connectivity products that allow people to have ubiquitous access to the internet. Today, 42% of Americans have each of these: a smartphone, a home broadband connection, and a tablet computer. This has sparked investment in the internet of things (IoT), artificial intelligence (AI), smart cities, and more. It has also drawn the attention of policymakers and other stakeholders who see the potential of these new technologies to improve government, education, and economic growth.

Tech abundance is not distributed evenly throughout society, especially when looking at adoption by income. Two-thirds (67%) of upper income Americans have a smartphone, broadband, and a tablet. For lower-income America, tech abundance is a rarity, with fewer than one in five (18%) having all of these tools. 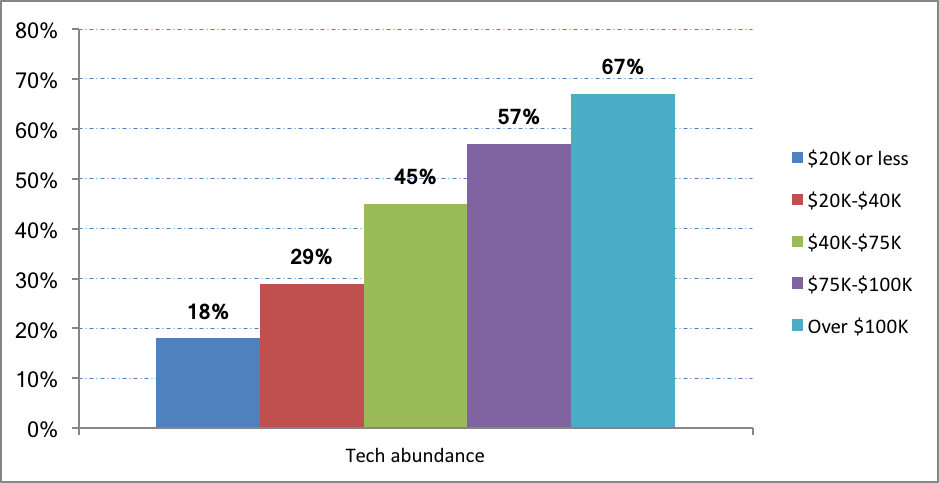 Two things set today’s digital inclusion discussion apart from past discourse on the digital divide. First, the federal government is not taking a strong leadership role in investments in digital equity, as it did with the Technology Opportunity Program in the Clinton Administration and the Broadband Technology Opportunity Program in the Obama Administration. Instead, momentum comes from cities and communities that see digital inclusion as important. A 2016 survey of local government officials by the Aspen Institute and International City-County Management Association demonstrates the ground-up phenomenon:

The public is also aware of the need to cultivate their digital skills and information literacy. A 2016 the Pew Research Center survey found that:

Community-driven digital inclusion won’t single-handedly reverse the tide of mistrust in institutions and information sources, but it can help. And the public far outpace government officials in interest in digital inclusion resources. Three-quarters (76%) of adult Americans said libraries should definitely have programs or services to educate people on online privacy and security, far greater than the 45% figure registered when local government officials answered the same question. 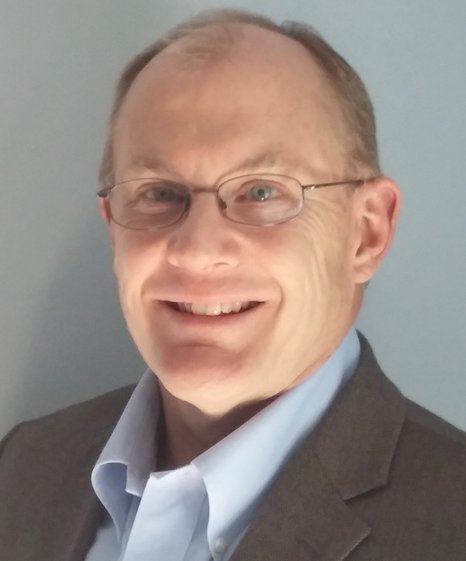 John B. Horrigan is Senior Fellow at the Technology Policy Institute, with a focus on technology adoption, digital inclusion, and evaluating the outcomes and impacts of programs designed to promote communications technology adoption and use. Horrigan is also currently a consultant to the Urban Libraries Coalition. Additionally, he has served as an Associate Director for Research at the Pew Research Center, where he focused on libraries and their impact on communities, as well as technology adoption patterns and open government data.