The Wires That Bind

Internet is like water, says Violeta Ramirez in Spanish. “It’s that important.” But three years ago, her tap ran dry. 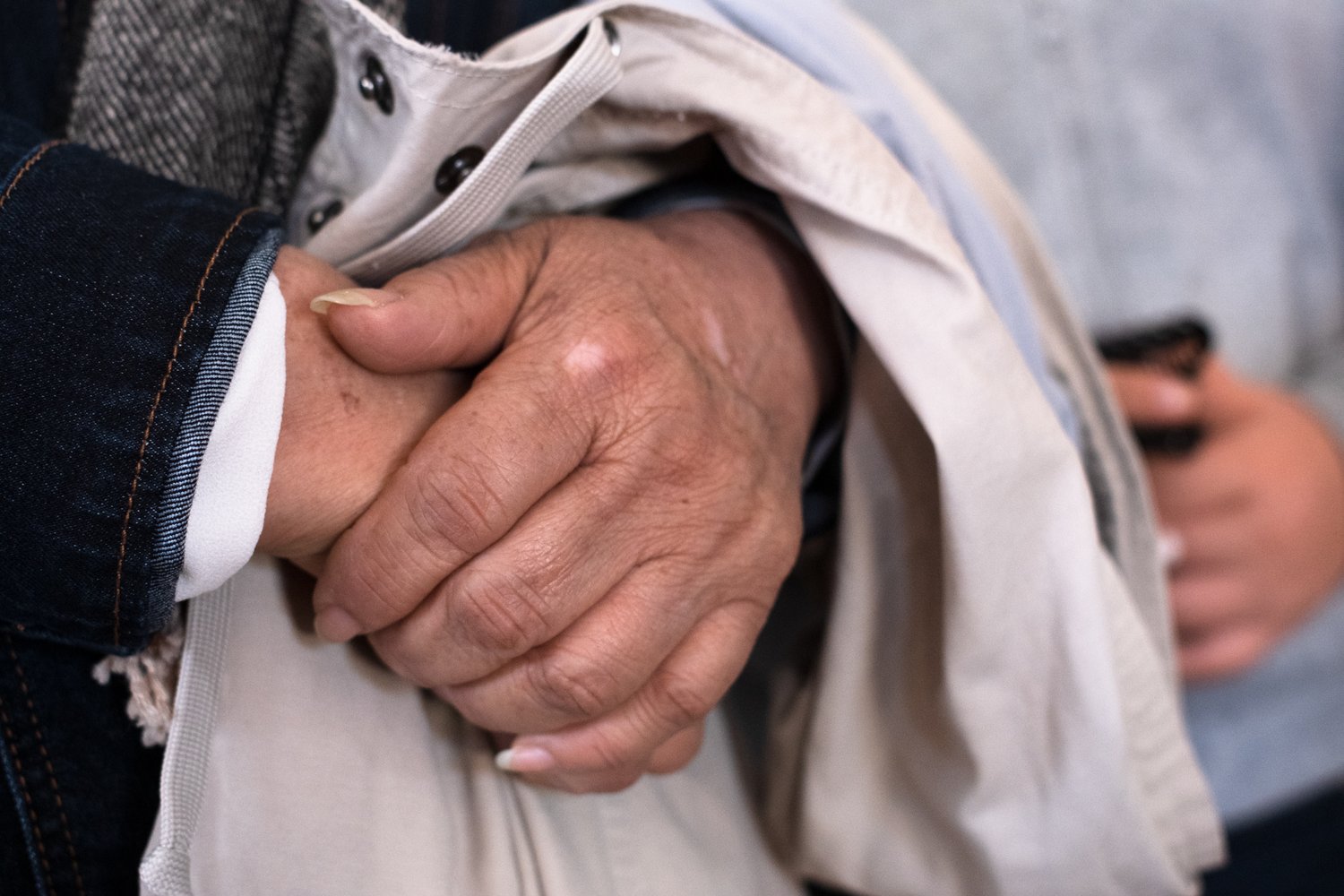 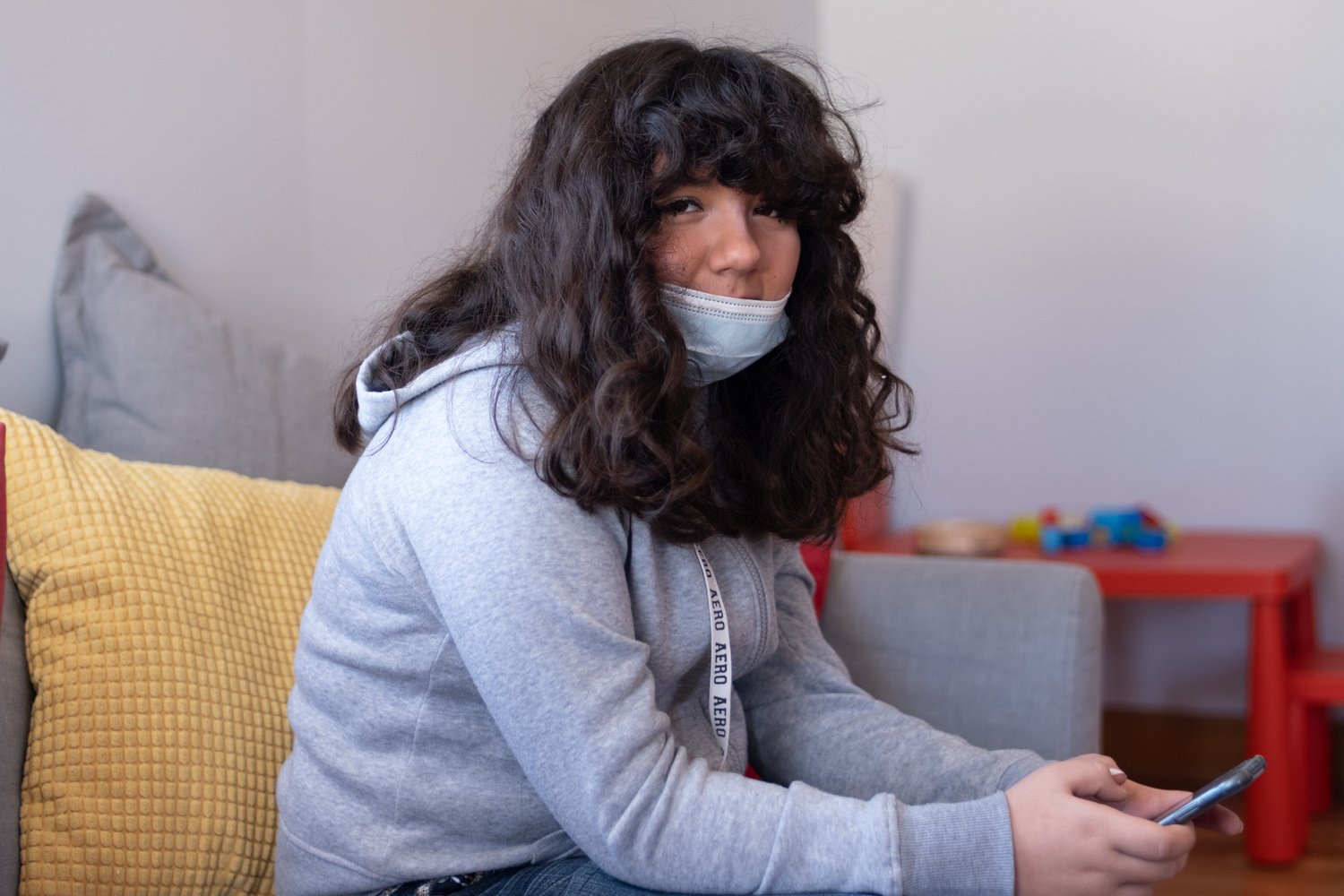 Ramirez and her granddaughter, Angelina, are sitting at Grace in Action, a catch-all community center, printing shop, and house of worship.

Violeta Ramirez couldn’t afford internet access anymore so she went without. She let go of her online English and cooking classes and lost track of the friends she had made through an online support group for breast cancer survivors. She brought her granddaughter to the library so each of them could do their homework—two students separated by 47 years but hobbled by the high cost of internet.

In Southwest Detroit, where high rates of poverty persist, it’s not surprising that one of her neighbors, Jackie Saucillo, is struggling to pay for internet, too.

“One day I was sitting here working with a student one on one because we’re on virtual and as soon as I was, you know I was teaching her how to read, and all of a sudden my internet stops, and I was like ‘Oh my god, what’s going on?’” 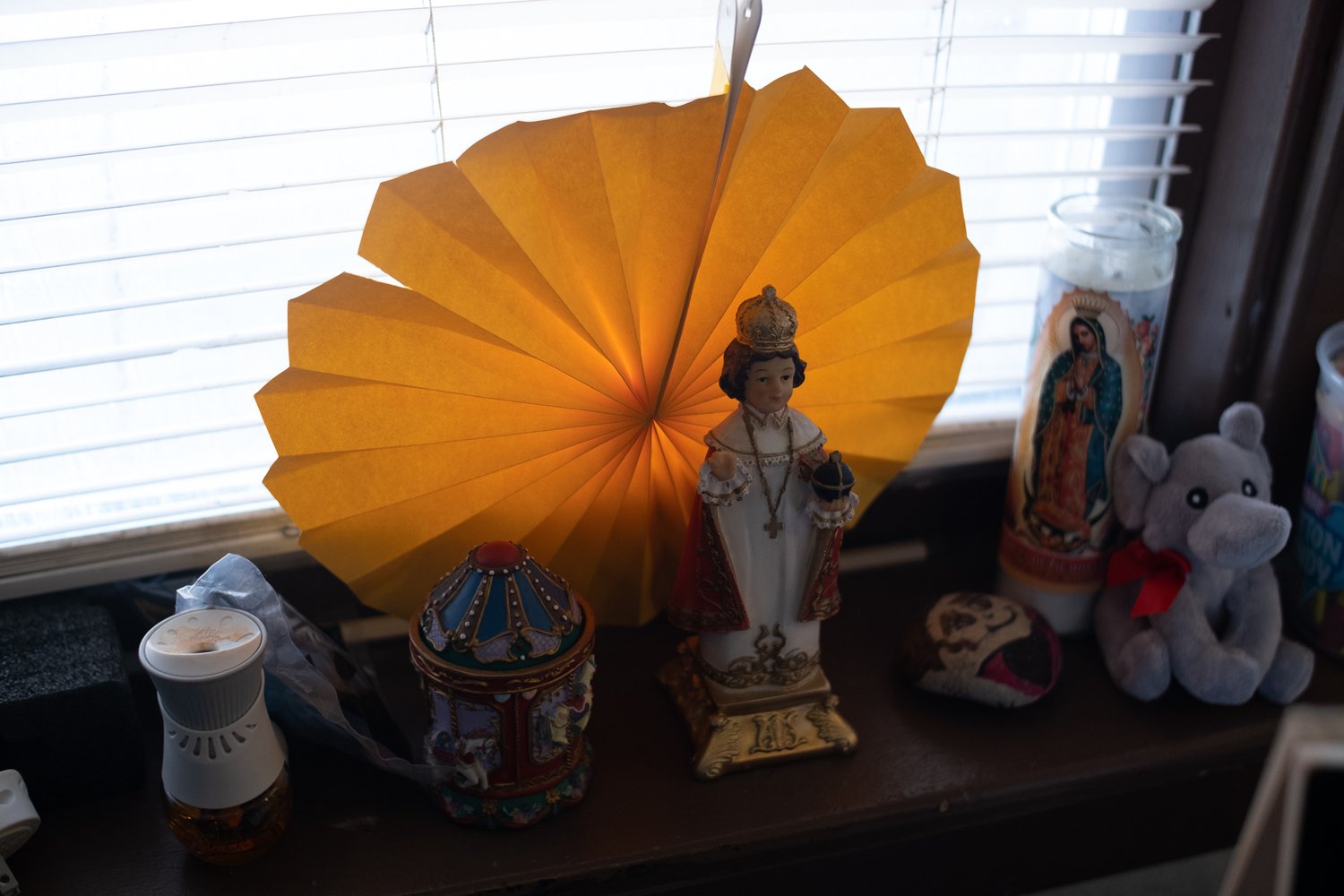 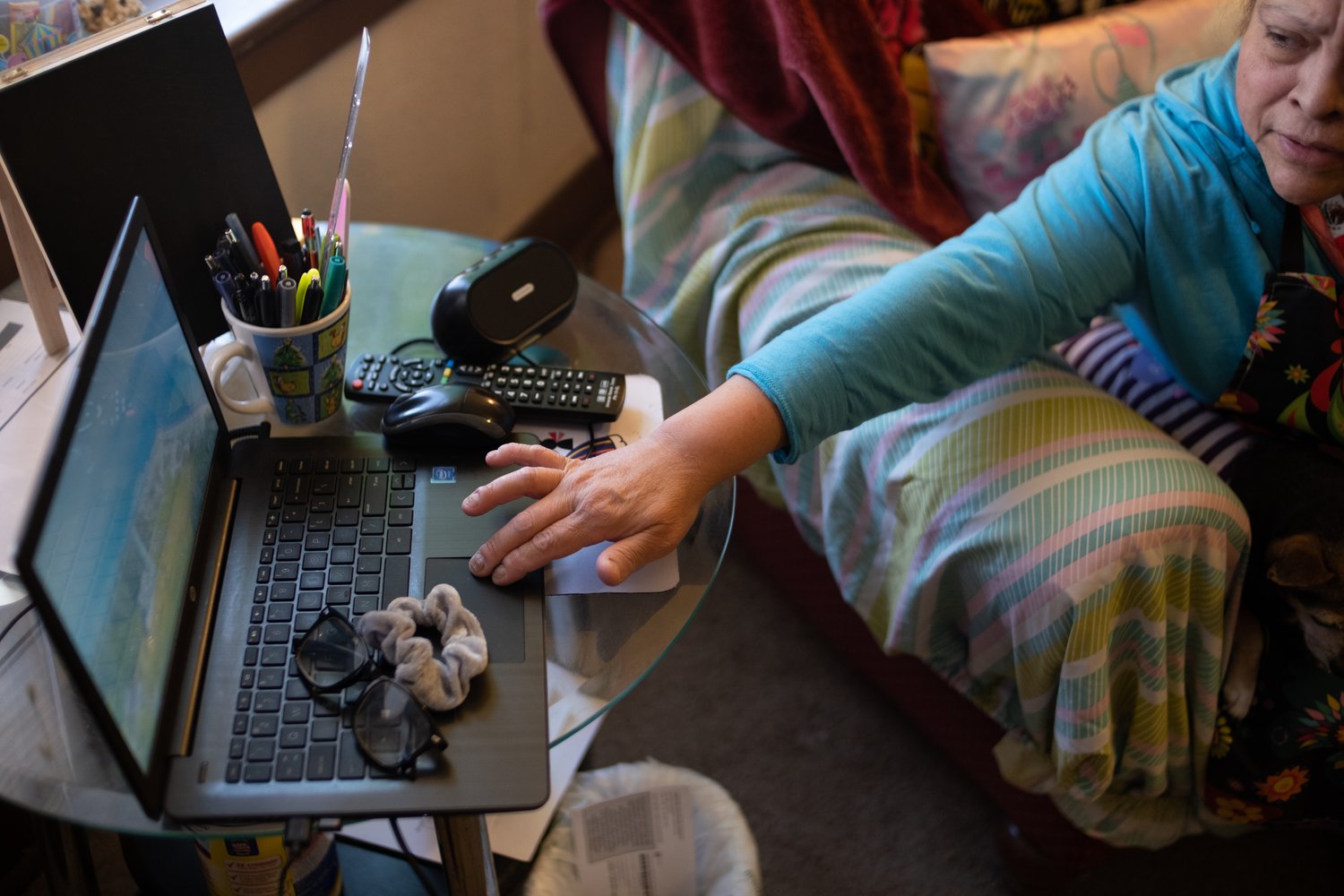 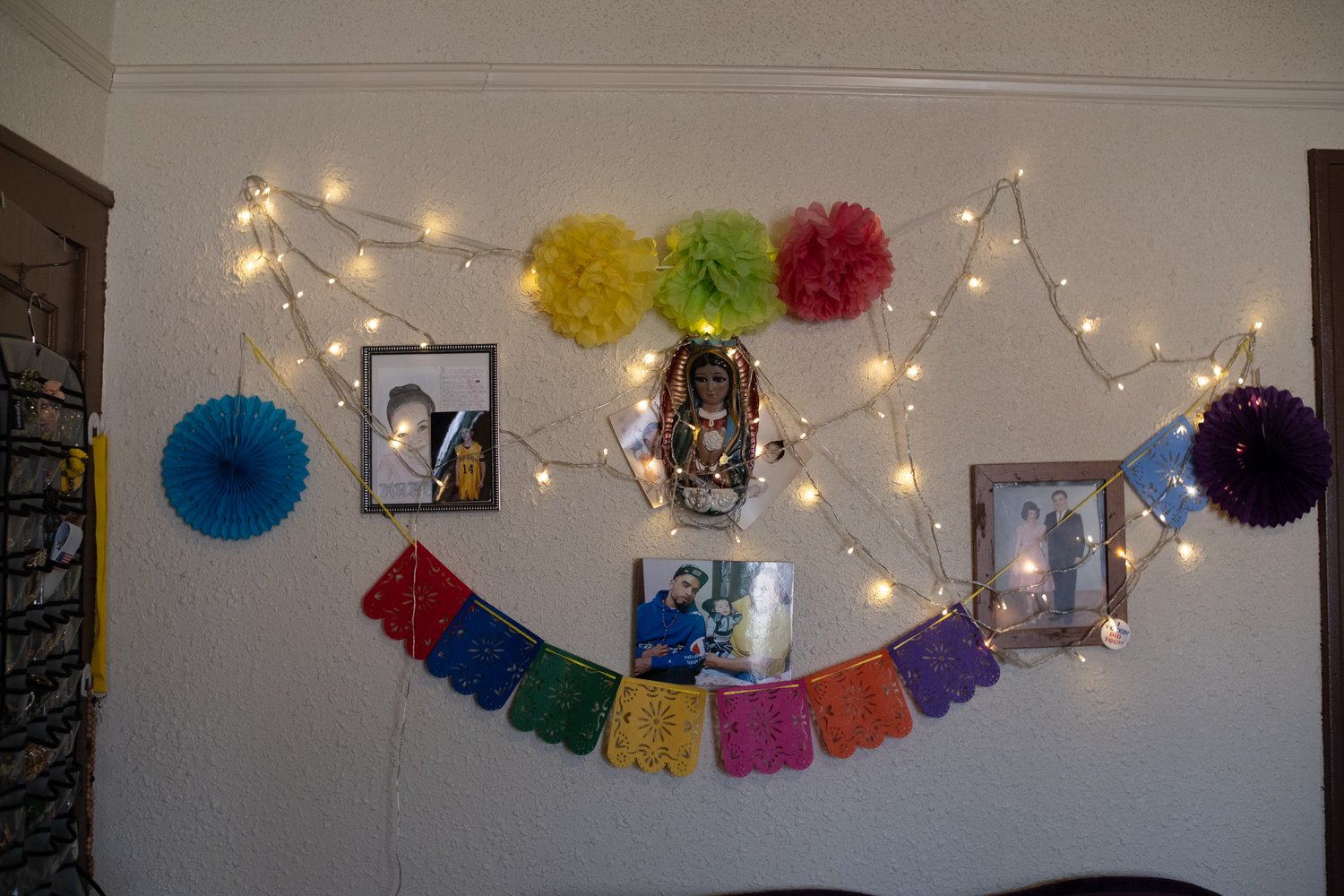 When Saucillo started treatment for breast cancer in 2015, she fell behind on rent and got help from the social workers at Henry Ford Hospital so she could stay in her home and afford an internet connection. They got her hooked up with Internet Essentials, a $10 a month plan from Comcast Xfinity that provides basic service for low-income families. But her landlord had other plans for her apartment building on Central Ave.

“Five days later I find out, I walk and one of my neighbors told me that the landlord had our cable wires from our internet Xfinity cut... our landlord said that we have to go by what they have, Skyweb. So then I had to apply with their program. It’s like we had no choice.”
— Jackie Saucillo, Community Resident

For years, neighbors like Ramirez and Saucillo have quietly endured exploitative and increasingly expensive internet services while relying on crumbling infrastructure. That all changed recently when Ramirez discovered a new local cooperative that is building internet infrastructure in Southwest Detroit.

This new internet option, a point-to-point mesh network, is run by organizers from Grace in Action. Created in 2015, the program is called the Equitable Internet Initiative (EII) and is a partnership with the Detroit Community Technology Project. Instead of relying on Comcast Xfinity, the city’s major internet provider, EII builds and maintains a fixed wireless network that is owned and operated by neighbors. 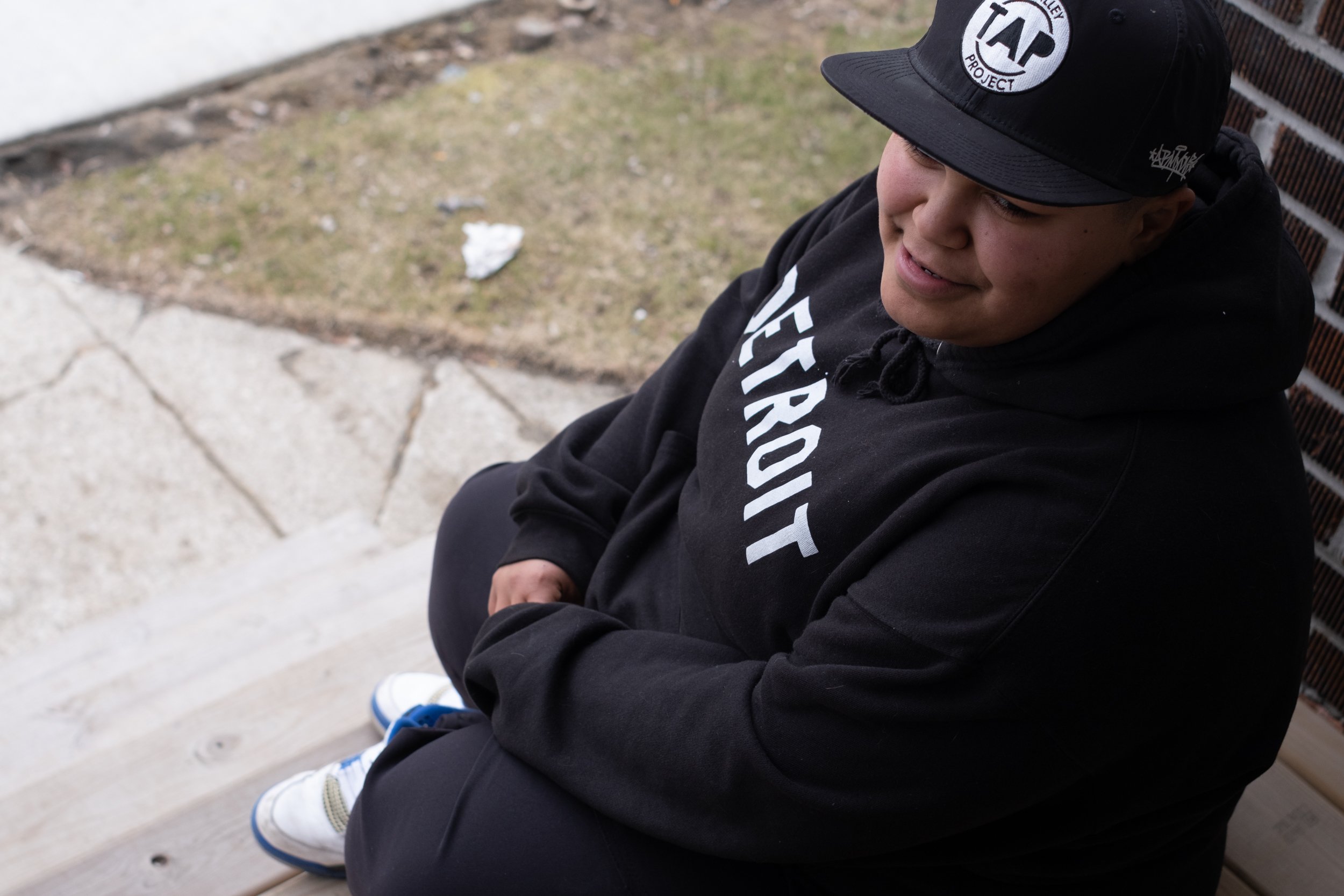 Nyasia Valdez is a digital steward for the Equitable Internet Initiative of Southwest Detroit.

When residents have a problem, they call Nyasia or Karizma Valdez, two sisters who grew up in Southwest Detroit and maintain the network (they are also local storytellers who helped co-produce this story).

Customers say this new network is just as fast as Xfinity, but the biggest sticking point is the cost: unlike Xfinity, which charges up to $120 a month for customers and can include lots of hidden fees, EII charges a flat $10 a month for everyone. When the pandemic hit, EII became free.

Those extra dollars make a big difference for Margarita Villaseñor. She’s a full-time mom, watching after her five children, ages 5 to 25 years old in the home they bought near St Hedwig Catholic Church. When her husband’s construction work is slow — he makes between $300 and $500 a week — she cooks tamales and sells them on Facebook to countless relatives and more recently, to local Mexican restaurants. The extra money from the sales helps her pay the bills, but that doesn’t stop her from hustling for every dollar she can.

QUOTE TRANSLATION: "I called and told them that I had seen on the internet a special that they had for $34 and first a person told me that they no longer had it, that they could not give it to me, that it would be more money. I told him that’s okay, I don't want it. And I hung up, dialed again and another person answered and I said the same thing again about the special, that there is internet for $34 and she told me yes, we still have it. And the other one told me no, they don’t have it anymore."
— Margarita Villaseñor, Community Resident 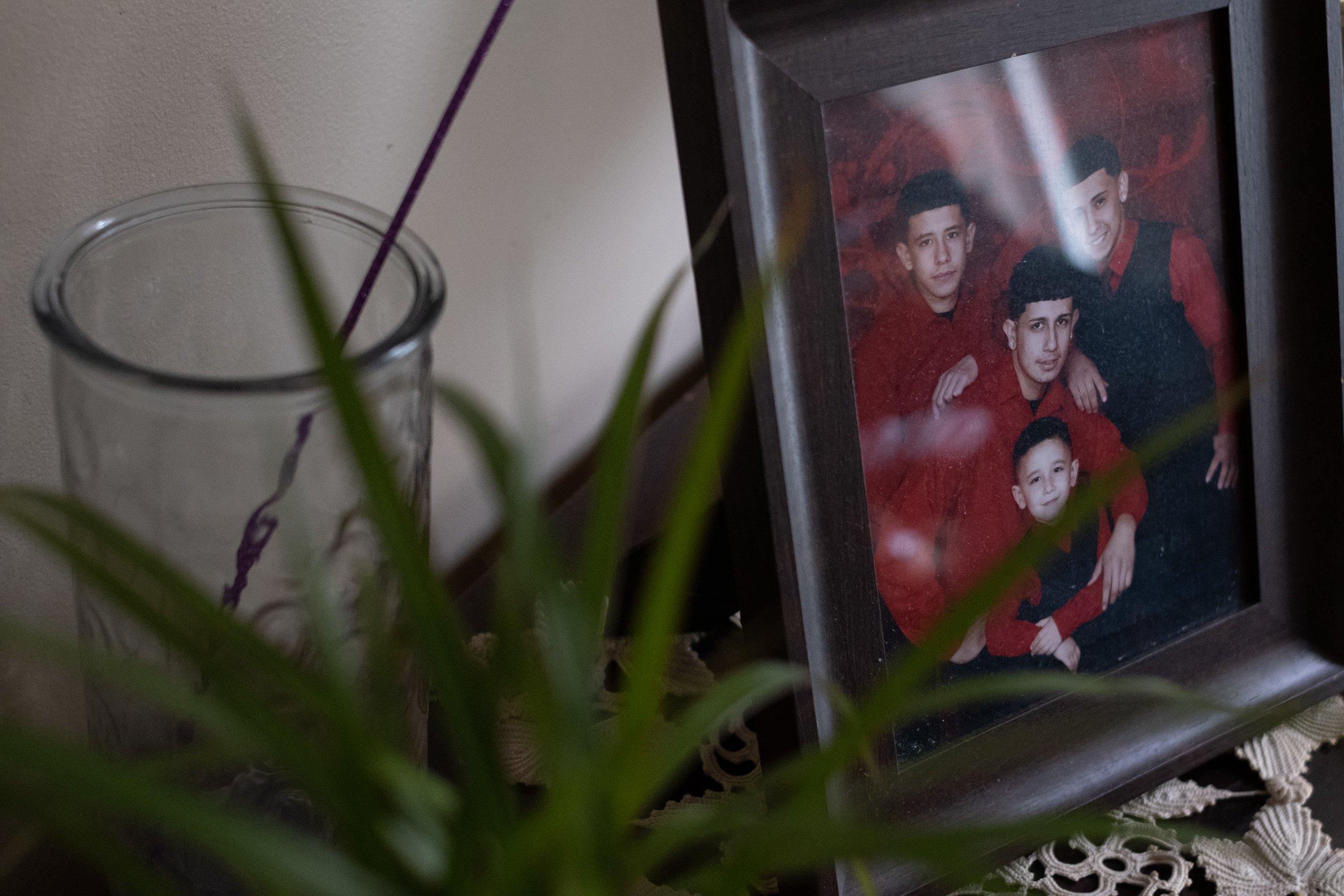 Margarita Villaseñor has 5 children, ages 5 - 25. She was an early supporter of the Equitable Internet Initiative. She learned about it from the operators: Villaseñor’s grandson is Nyasia’s nephew.

On average Americans pay more for internet than people in most countries, and hidden fees and bundled services often aim to confuse customers into paying more than they expect. At one point, as much as 10 percent of Villaseñior’s income went towards internet and TV for her family. She’s trying to switch to EII but is resigned to a year-long contract with her current provider.

Especially since the start of the COVID pandemic, her internet connection has become a lifeline. It’s a way to stay in touch with family across the US and in Mexico. In February, Villaseñior handled a traffic violation by attending an online hearing. She struggled to log in until her kids came and helped. In the long-run, though, she thinks that virtual appointments could be more convenient for her.

A Lifeline along Lawndale

The COVID pandemic accelerated that trend for everyone in the neighborhood. Linda Curmi and her husband, Ralph, are retired, but their house near Lawndale is hardly quiet: they have 13 grandchildren who consider this their second home. She’s proud of the ways she stays active, including walking around her neighborhood — everyone knows her face — and playing online games that keep her memory strong. But managing her internet service has left her feeling frustrated and confused. 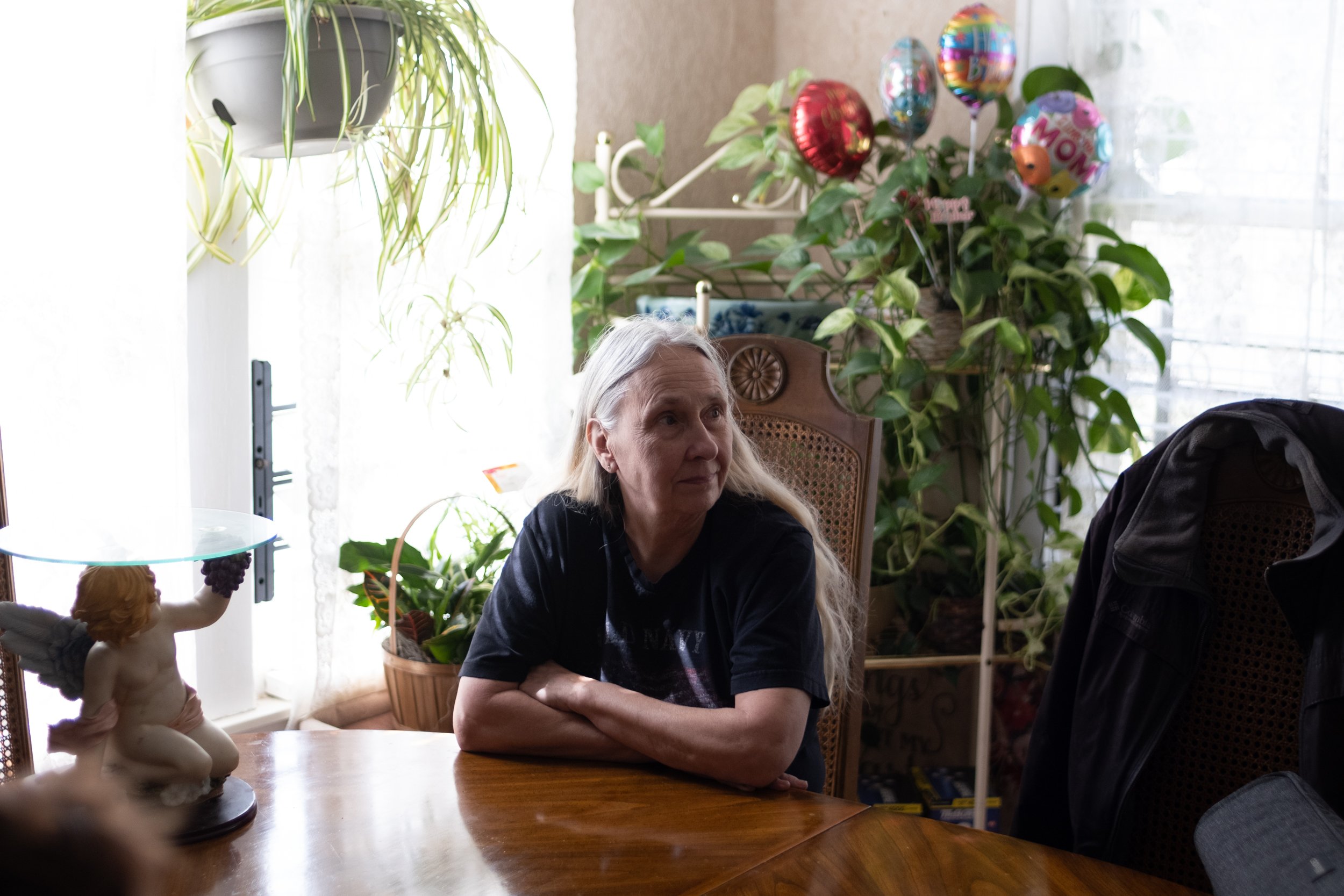 “Every, it seemed like every six months the internet would mess up, I’d call them up. The first thing they want to do is upgrade it, upgrade you... it got where we’re on fixed income. We can’t afford to be paying $60 and $80 for internet.” 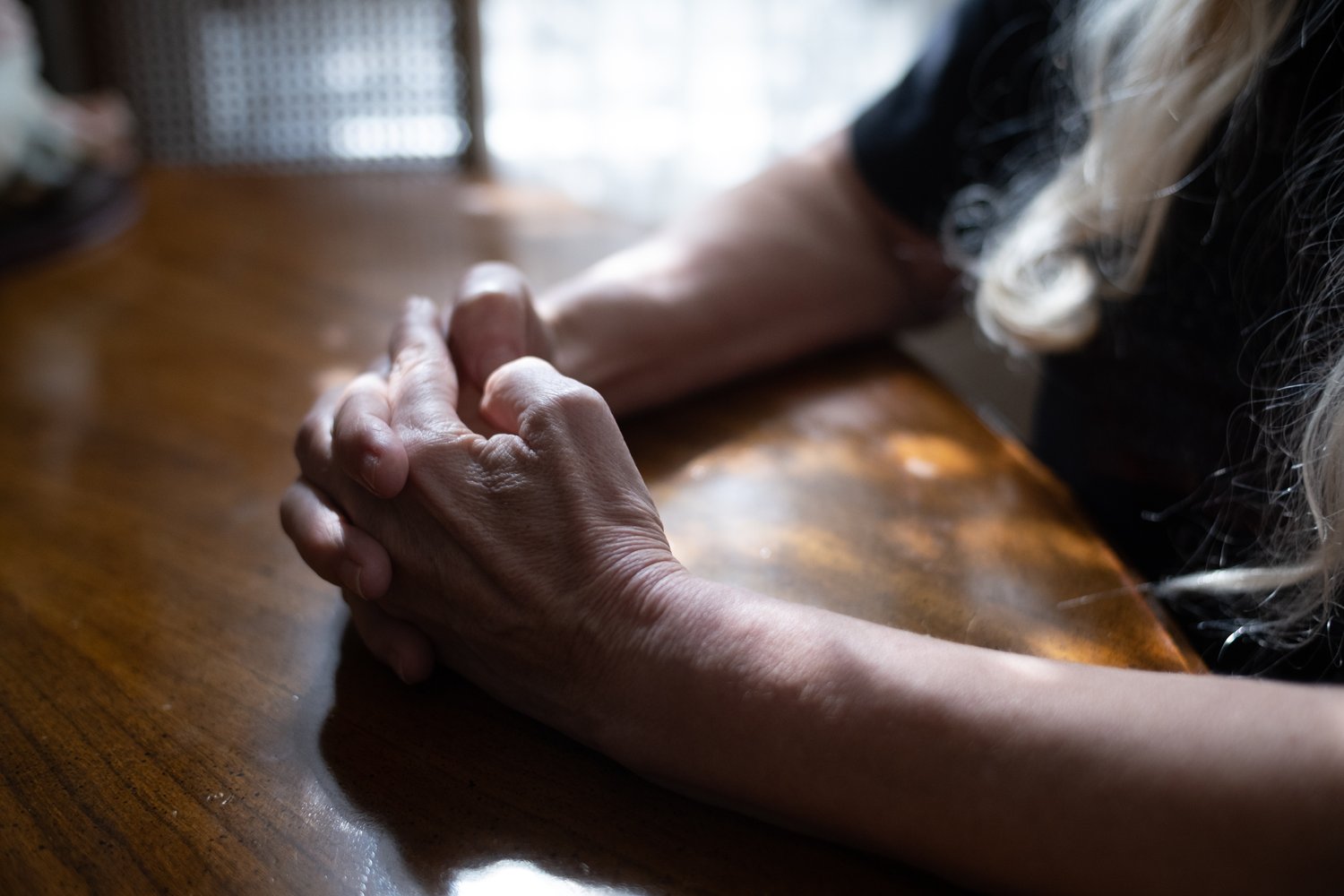 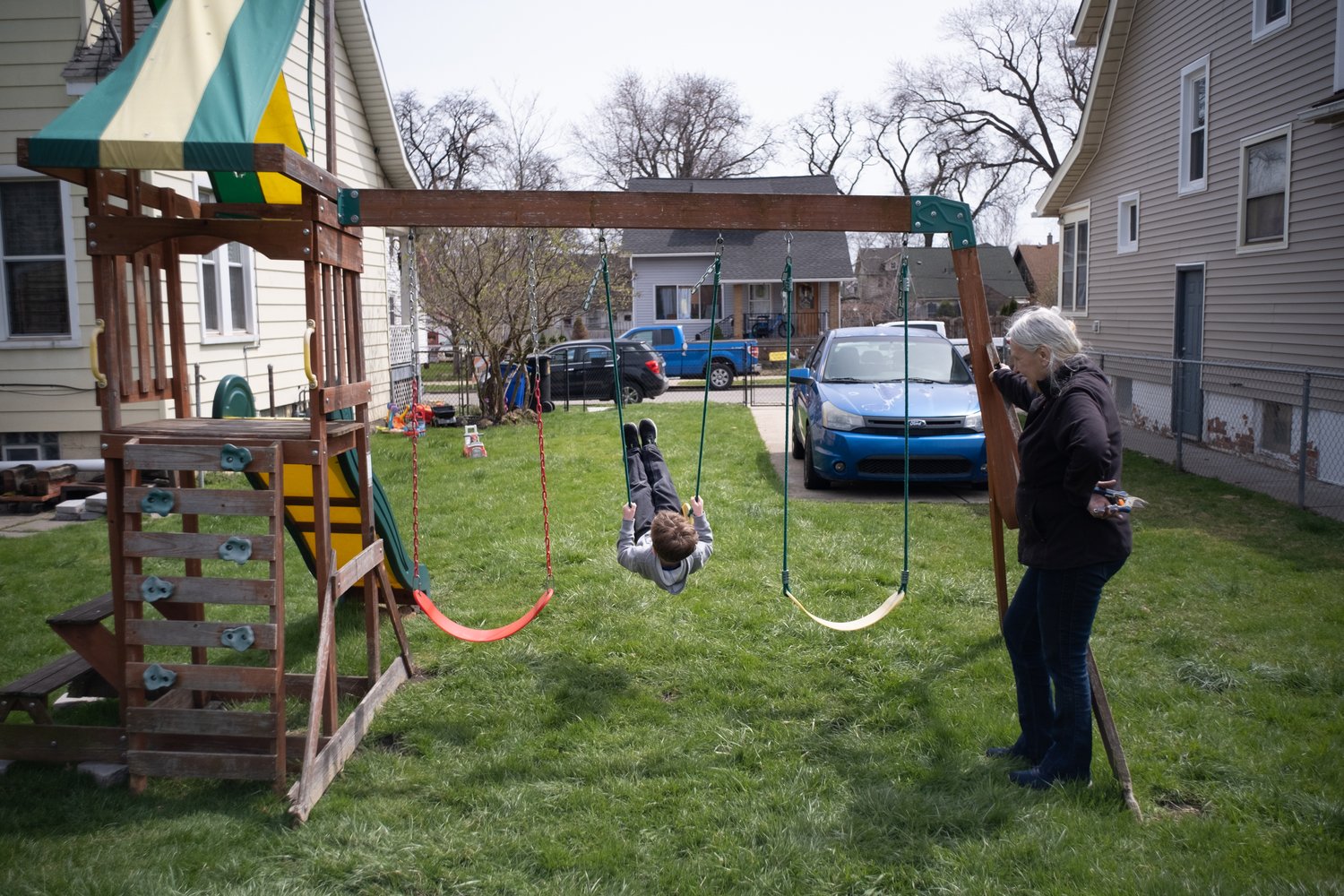 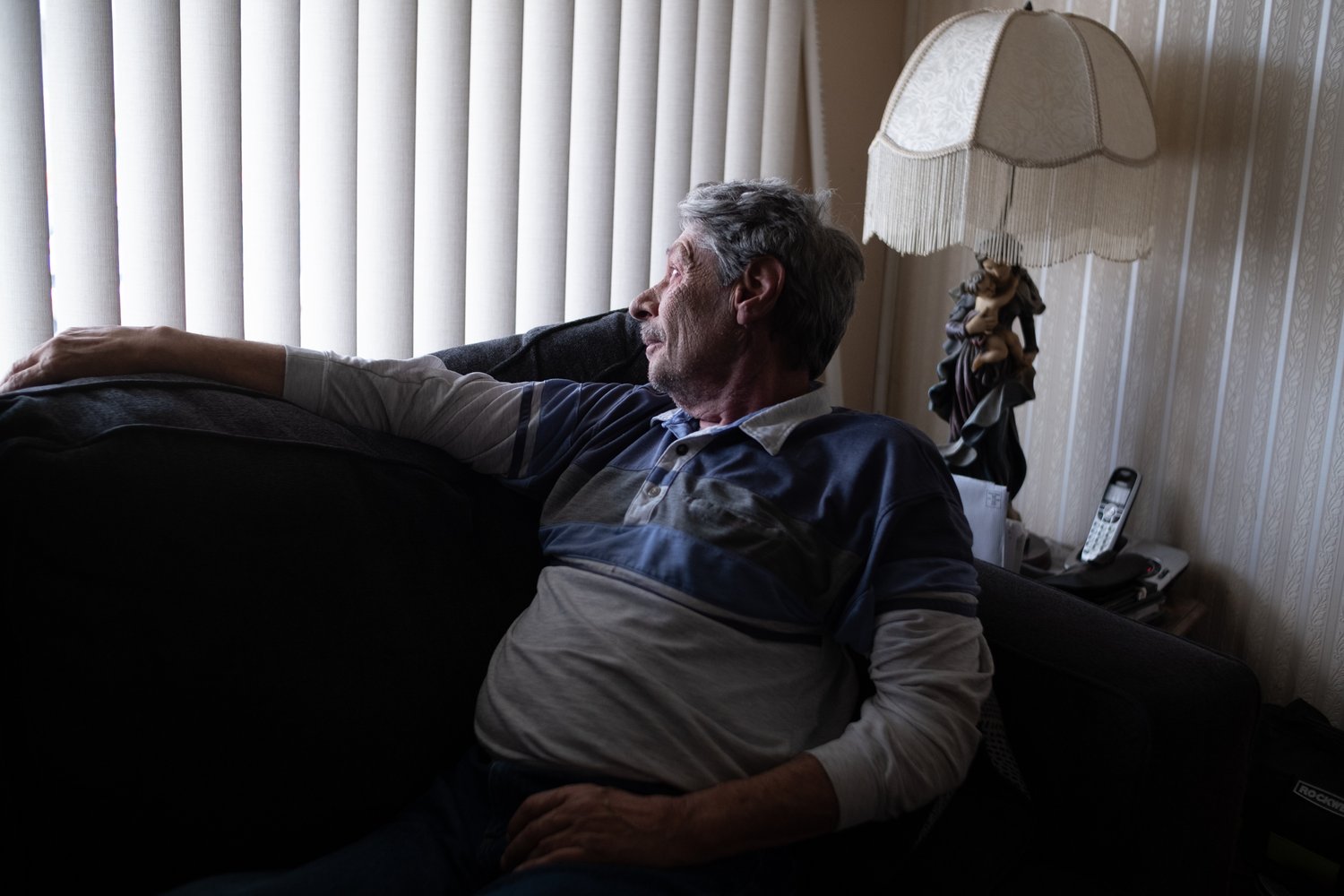 At first, she is keen to point out the importance of fast internet for the sake of her grandchildren, but she admits she likes it too. She’s attended church remotely since the start of the pandemic and uses social media to stay in touch with her relatives, especially when it’s too cold for her to get outside.

Especially since the start of the COVID pandemic, her internet connection has become a lifeline. It’s a way to stay in touch with family across the US and in Mexico. In February, Villaseñior handled a traffic violation by attending an online hearing. She struggled to log in until her kids came and helped. In the long-run, though, she thinks that virtual appointments could be more convenient for her.

“If I didn’t have the internet, I wouldn’t have been able to connect to anybody.”
— Linda Curmi

This project is supported by Humanity in Action and the Benton Institute for Broadband & Society. It was written by Adam Echelman in collaboration with Inside Southwest Detroit.